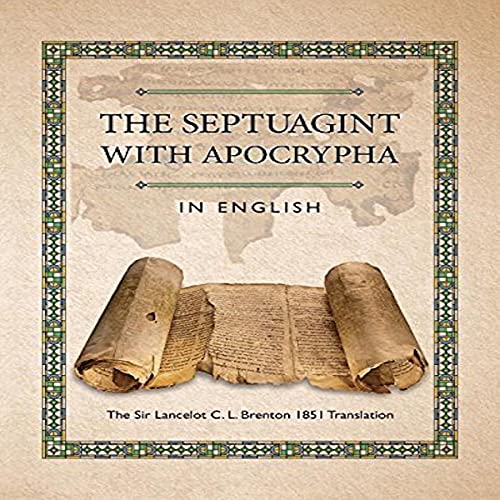 The Septuagint with Apocrypha in English

By: Joseph B. Lumpkin
Narrated by: Mel Jackson
Try for £0.00

The Septuagint (or "LXX" ) is the Greek version of the Old Testament. It is a translation of the Hebrew Old Testament and certain Apocryphal books, which was written in the late third century BC by the order of Ptolemy II Philadelphus, the king of Ptolemaic Egypt (283 BC to 246 BC). Alexander the Great had spread Greek influence and language throughout "the known world" and the Jews of the area were losing their Jewish roots and tongue. This Greek translation was created for use by the Alexandrian Jews who were fluent in Koine Greek, but were no longer fluent in Hebrew.

What listeners say about The Septuagint with Apocrypha in English