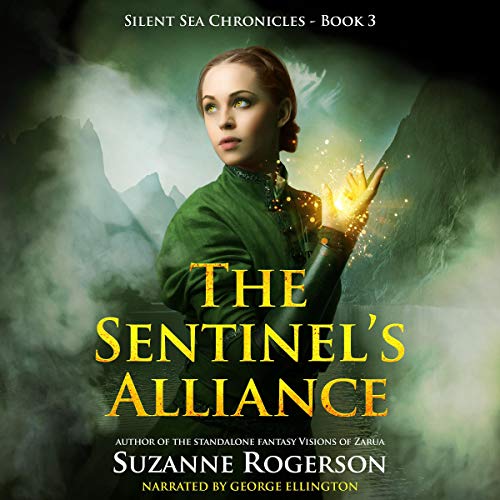 Can new alliances save the islands of the Silent Sea from the murderers stalking their shores?

As the island of Kalaya and its people recover from civil war, a new threat surfaces. Invaders from the island of Elkena hunt the seas, butchering those who possess magic. Their scar-faced captain seeks the Fire Mage who it has been foretold will kill him and Tei and her people are in his warpath.

Tei and a band of Kalayans travel to Stone Haven, the home of their new allies, planning to restore magic to the dead island. But the Stone Haven Council have abhorred magic since their people were massacred by Elkenan invaders 20 years before. Commander Farrell must persuade his people to accept magic again, but his plans expose them to their biggest fear and he risks leading Tei and her people into danger, and jeopardising the safety of both their islands.

Under Farrell’s guidance treaties are forged, but is the newly formed Silent Sea Alliance enough to defeat the invaders and stop their bloodthirsty quest to destroy magic forever?

The Sentinel’s Alliance is the final book in the Silent Sea Chronicles trilogy.

What listeners say about The Sentinel's Alliance

Thoroughly enjoyed this trilogy and the ending left me fulfilled. For me each book got better and better. I've enjoyed the progression of the story which was at a faster pace in this last instalment.
We start the story just here the second book left off with Tei travelling back to Stone Haven with Farrell and from this point you are drawn back into this world and as with the previous books you are also told the story from the other characters perspectives.
With a couple of battle scenes you are held captive until you know the characters you have come to care for are safe.
Would recommend anyone to pick up this trilogy for a read.

Yet again amazing
Can new alliances save the islands of the Silent Sea
from the murderers stalking their shores?

I really enjoyed listening to this trilogy. I loved the pace and action, as well as the aspect of dealing with invaders and the power at hand. I enjoyed that the chapters switched between characters.

An awesome ending to an awesome trilogy

Taya and the group must travel to Stonehaven and although that is a gloomy destination for them, it’s the journey that is dangerous. I love how Susan Rogerson always has you on the edge of your seat and threw out three books of more than 30 hours long it never ceases to be dull boring and the ending is so worth the wait. I loved this book and I love George Ellington’s narration, he is so professional. I always say a narrator can make a break a book and George Ellington only adds to this one what an awesome ending to the trilogy and an awesome narrator who gets us there. I highly recommend this book but please read book one into first. It is so worth it!