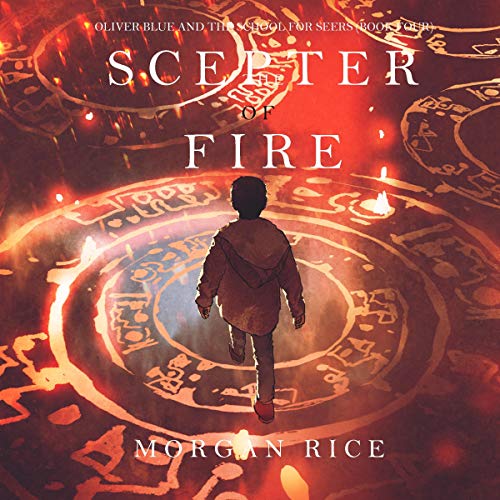 The Scepter of Fire

By: Morgan Rice
Narrated by: Harper Reeves
Try for £0.00

From number-one best-selling author Morgan Rice comes a series for fantasy and middle-grade listeners (and adults, too)! Fans of Harry Potter and Percy Jackson - look no further!

Yet the secret is guarded by none other than Galileo himself.

As Oliver searches for one of the great scientists and inventors of all time, the man who invented the telescope and who discovered planets, Oliver must wonder: is a he a seer, too? And what other secrets is he holding?

His brother Chris, more powerful than ever, remains determined to kill Oliver for all time. Oliver soon realizes it is a race against time, as the fate of the school - and of the world - is at stake.

An uplifting fantasy, The Scepter of Fire is book four in a riveting new series filled with magic, love, humor, heartbreak, tragedy, destiny, and a string of shocking surprises. It will make you fall in love with Oliver Blue, and keep you listening late into the night.

What listeners say about The Scepter of Fire

I love the entire series.
beautiful way to end it explaining everything.
I would love another book or two with this Oliver blue character.