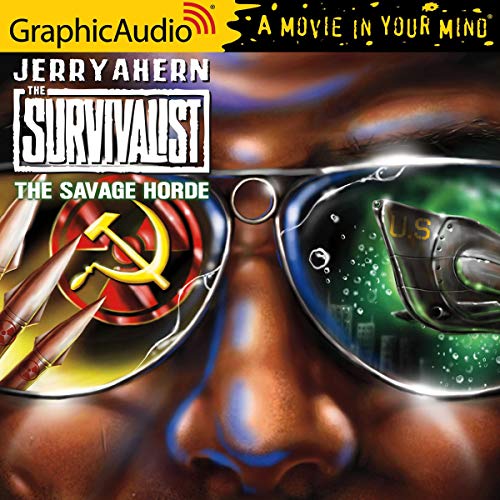 It all begins with a fire fight between Brigands and a unit of US II armed forces, a battle that ends with Rourke, and a seriously wounded Natalia, taking refuge on a submarine.

The sight of the sunken remains of San Francisco is a grisly reminder of the Night of the War; the horde of half-dressed savages waiting on the shore, a deadly example of the madness of this brutal post-holocaust world.

Surrounded now by murderous madmen and threatened by a mysterious officer who has been travelling with him, Rourke must call on all his training to escape and continue the search for his family. He must go on — he is The Survivalist.

What listeners say about The Savage Horde [Dramatized Adaptation]