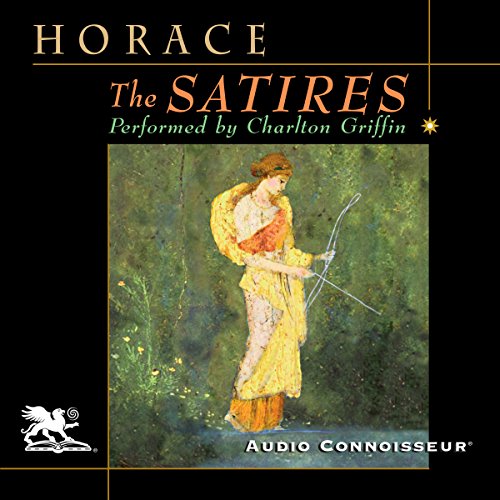 By: Horace
Narrated by: Charlton Griffin
Try for £0.00

Quintus Horatius Flaccus was born on December 8, 65 BC in the southeastern region of Hellenized Italy. He died on November 27, 8 BC. Horace was the son of a freedman of modest means. In the civil war between Antony and Octavian, he threw in his lot with Antony and fled along with the rest upon their defeat at Phillipi in 42 BC. His subsequent discovery by Maecenas and eventual rehabilitation with the Augustan regime was one of history's most fortunate reconciliations.

Horace developed a number of interrelated themes throughout his career, including politics, love, philosophy, ethics, his own social role, and poetry itself. The Satires are forms of "blame poetry", and both have a natural affinity with the moralizing diatribes of Cynicism. The Satires include a strong element of Epicureanism, with frequent allusions to the Epicurean poet Lucretius. The Satires also feature some elements of Stoic, Peripatetic, and Platonic dialogues. In short, The Satires present a medley of philosophical programs, dished up in no particular order...a style of argument typical of the genre.

This translation is by Christopher Smart.

What listeners say about The Satires

so i am wise because, like some hipster, i made sourdough starters to make bread but dont really make it that often because I know a good baker but I am king of my world because, I suppose, by being a "master breadmaker" myself I am able to discern quality bread? and acquire it from a trusted source more swiftly and with greater discretion than some fuckin dumb fuck who didnt even invest the time to be a bread fuckin master? so it isnt really the opposite of "jack of all trades, master of none" its more like "master of all trades, king of the world"? that makes me feel better about letting my last sourdough starter go rancid. Im a wise man, Im not just terrible at time management.