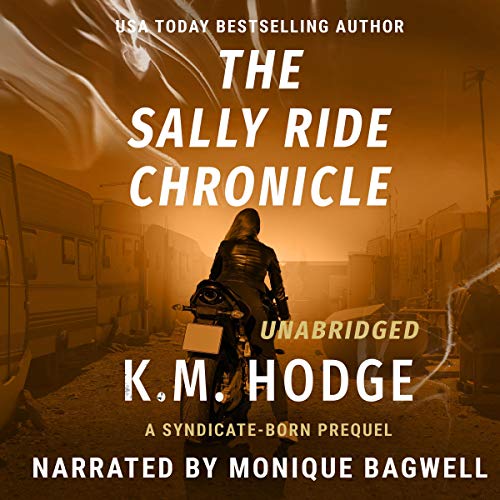 The Syndicate doesn’t believe in divorce, but murder is another story.

Sally wants out - out of her marriage, out of the mob, out of Ocean City. An impossible dream. That is until the MDNA, a secret hacktivist group, invites her to join the ranks of their rebellion. The goal? Take down the criminal empire.

She’s no Jane Bond, but no one in her town suspects the quiet church-going mom is a threat, especially The Syndicate’s criminal defense attorney, Michael David, who’s got a thing for mysterious blondes. His love-’em-and-kill-’em exploits, and his penchant for causing witnesses to disappear, make him enemy number one for the hacktivist group. Sally’s mission sounds simple enough - destroy the lawyer’s life and make him pay - but...

Once she starts, there’ll be no turning back.

Follow Sally as she attempts the unthinkable - take down the largest crime ring in US history - in this prequel to "The Syndicate-Born Trilogy".

Fans of David Baldacci and the novel Girl on the Train will love this gritty, true-to-life spy thriller featuring a strong female character readers are calling their favorite. USA Today best-selling Author K.M. Hodge’s The Sally Ride Chronicle is just the beginning; for more on her adventures, check out the complete "The Syndicate-Born Trilogy".

Evolved Publishing presents the fourth audiobook in "The Syndicate-Born Trilogy", which is a prequel to the full trilogy explorating what happens when one well-placed group possesses too much power, and how it affects those who just get in its way.

"Ms. Hodge has crafted an interesting tale of suspense amid a beautiful love story. You don't know who to trust, so you are suspicious of everyone." (Melinda McIntosh, author of A Bit of Tickle for the Mind)

"Domestic abuse and addiction can be pretty tough topics but K.M. Hodge delivers in a debut novel that is fast-paced and very suspenseful." (Gail Olmsted, author of Guessing at Normal)

What listeners say about The Sally Ride Chronicle: Prequel the Syndicate-Born Trilogy

Another gripping tale from K.M. Hodge

(Note: I received a free promotional code in exchange for my unbiased review.)

K.M. Hodge is back with another story that gets going quickly, doesn't let up, and won't let you go. Back again to provide the narration, as she did for the first three Syndicate-Born installments, is Monique Bagwell. She is as great here as she was in the earlier installments, and her skillful characterizations do so much to bring the story to life, so good it's like watching the film version play out inside your head. Get this one - and the previous three volumes, too - and let the combined skills of K.M. Hodge and Monique Bagwell take you on a ride you won't soon forget.

I enjoyed this prequel and am glad I read it after reading the main trilogy. It gives lots of insight into who Sally was, why she acted in the way she did and showed the depth of her commitment. It deals with issues of emotional & physical abuse, addiction, organized crime and power abuse. Once again, the narrator did a good job of drawing into the story and keeping the voices consistent from one book to the next. Though the accent she used for Jason still needs a little work. This is a gritty, suspenseful spy thriller, with a strong female lead who is willing to go to great risk to destroy the corrupt Syndicate and to be free of both her abusive husband and the mob.