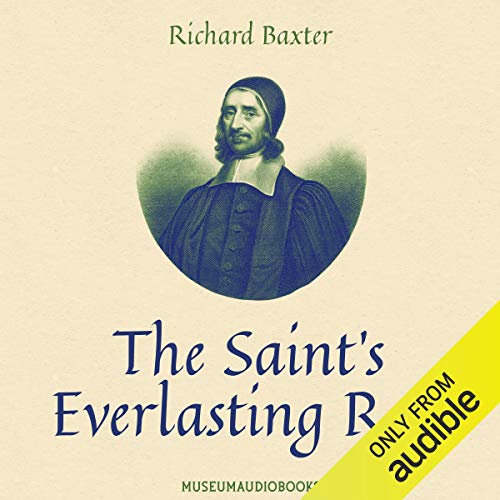 By: Richard Baxter
Narrated by: Matthew Coles
Try for £0.00

Richard Baxter (1615-1691) was a prominent English churchman and peacemaker who sought unity among Protestants. Baxter became well-known for his prolific writing, with more than 200 works to his name. His autobiography and his pastoral guide, The Reformed Pastor, are still popular today. The Saints' Everlasting Rest (1650) is one of the great classics of Christian devotion. First abridged in 1754 by John Wesley, five years later another abridgement was made by Benjamin Fawcett, and numerous editions have followed. The work has been translated into Gaelic, German, Dutch, French, and Welsh.

What listeners say about The Saint's Everlasting Rest