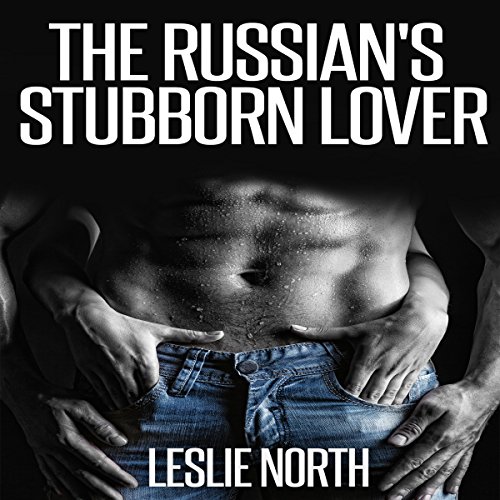 By: Leslie North
Narrated by: Tanya Stevens
Try for £0.00

The Fedosov family was all business until Julia Thompson came along.

After they met in a nightclub in America and shared a passionate kiss, Julia was the last person Demitry Fedosov expected to see in his boardroom back in Russia - especially after she turned down his advances.

Julia had never been one to let others push her around. She didn't need the complication of a relationship with Demitry, now or in the future. After being sent to Russia on an exchange trip, she was his employee, and he was her boss. End of story. Yet she can't stop thinking about his deep-gray eyes and the way his six foot, six inch figure dwarfs her. She feels such an attraction to him, but she knows she must fight it.

Demitry is business orientated, reserved, always following in his father's footsteps and way too serious most of the time. He is not used to having women in his business world unless they are secretaries. Julia has made it clear she doesn't want a relationship with Demitry, but he can't hold back the feelings he gets when she is around. She was so different from Russian women, and winning her over is turning out to be more challenging than any business deal.

The American woman pushes all his buttons. And when his brother, Alexey, starts to flirt with her, Demitry feels an overwhelming urge to stake his claim.

What listeners say about The Russian's Stubborn Lover

I love this story! The main characters are one sexy couple. The narrator is good but I wish that she worked on the Russian accent better in the audiobook. Ms. North’s books are awesome and recommend it to readers who is looking for a wonderful stories.

This was a quick listen, but is full of action and heat. Julia and Dimitry meet at a nightclub and after a passionate kiss separate. Little do each know that Julia is going to work for Dimitry in Russia! Talk about a surprise for them both! Neither want a distraction from their work, but when Dimitry can't get her out of his mind, this alpha male is going to take control! I love these two characters. Julia is naive to relationships, but great at her job. Dimitry is single minded with his business and doesn't have time for a relationship. Together, their banter is fun, and their chemistry strong. But is it enough to start a relationship? Throw in a brother and model best friend, and it's a quick, entertaining listen. The ending is abrupt, leaving me wanting the next two to listen to!

Tanya Stevens took on the difficult task of a Russian accent, and she did well. I did find her voices at times were not easily distinguishable, but as the book went on there is great improvement. I will look forward to her next narration.

this book was a great hot listen for a short story. the narrator was good worth a listen

i really enjoyed this book. i learned how to pronounce russian words. i loved it.