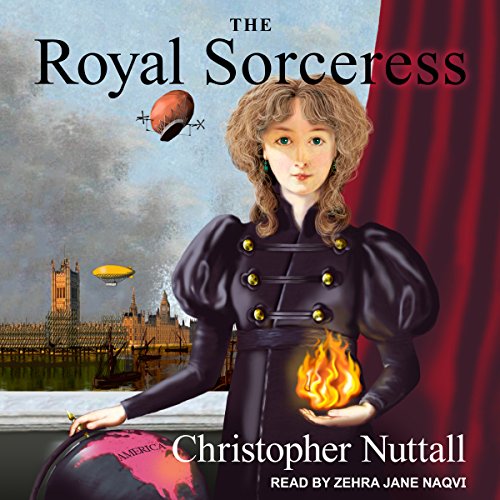 By: Christopher Nuttall
Narrated by: Zehra Jane Naqvi
Try for £0.00

It's 1830, in an alternate Britain where the "scientific" principles of magic were discovered 60 years previously, allowing the British to win the American War of Independence. Although Britain is now supreme among the Great Powers, the gulf between rich and poor in the Empire has widened and unrest is growing every day. Master Thomas, the King's Royal Sorcerer, is ageing and must find a successor to lead the Royal Sorcerers Corps. Most magicians can possess only one of the panoply of known magical powers, but Thomas needs to find a new Master of all the powers. There is only one candidate, one person who has displayed such a talent from an early age, but this person has been neither trained nor officially acknowledged. A perfect candidate to be Master Thomas's apprentice in all ways but one: the Royal College of Sorcerers has never admitted a girl before.

But even before Lady Gwendolyn Crichton can begin her training, London is plunged into chaos by a campaign of terrorist attacks coordinated by Jack, a powerful and rebellious magician.

What listeners say about The Royal Sorceress

fantastic storyline of rags to riches and Riches to rags with a dash of equality and a plethora of magic.

As always the narration by Zara Jane Naqvi was exemplary and thoroughly entertaining.

I'm have listened to many of the authors books but the narration of the book just put me off and eventually I stopped listening.

the story is great fun and interesting. But may I say the squeakier voice is terrible. He has had some book I would have enjoyed but for this narrator She does a good job but for the terrible pitch of sound. Sorry

The story was well written and really good

Took a few minutes too adapt my listening to the narrator, but a good read thereafter. Enjoyable story with plenty of action. On to the next.

Too much betrayal, conflict, politics, and bloody scenes, for my taste. Not what I look for in a book by Christopher Nuttall.

I hated the narrator

the narrator had a nasally voice and it was hard for me to listen. I just wanted to hear the book and hope the next one is narrated by someone else. I've read books by this author before and enjoyed them much more.

I don't know what happened with the author but his books are no longer good. This is an extremely boring story. The performance was excellent but it is just written so poorly.