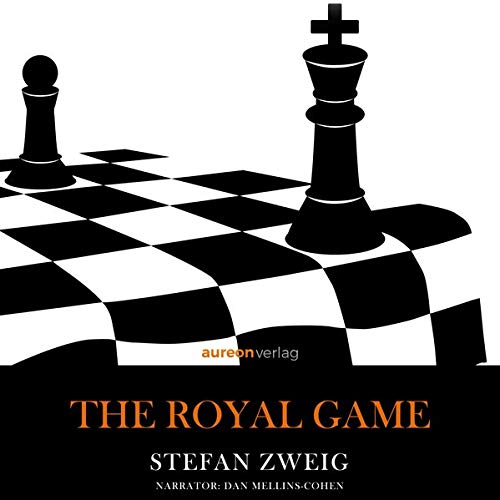 By: Stefan Zweig
Narrated by: Dan Mellins-Cohen
Try for £0.00

The fame of the The Royal Game is evident in the number of translations. The last work of the Austrian writer Stefan Zweig can be read today in over 60 languages. The first translation into English appeared in New York in 1944. In Germany, the book has become a constant bestseller. The first-person narrator learns of the presence of the world chess champion Mirko Czentovic on a boat trip from New York to Buenos Aires. Together with his acquaintance Mc Connor and other chess players, the first-person narrator manages to challenge the world champion to a game of chess.

As expected, Mc Connor and the others clearly lose the first game. In the second game, the only way they can get is with the help of a strange man who later turns himself into Dr. B imagines preventing an embarrassing defeat at the last moment and getting a draw. Fascinated by the talent of Dr. B's, the first-person narrator asks him to take on Czentovic. Dr. B. agrees. During the conversation, Dr. B. under what tragic circumstances he started playing chess.

What listeners say about The Royal Game

My brother recommended this book after I expressed my excitement for Queen's Gambit. While this has nothing to do with it, it is truly a remarkable little book. As I am furthermore interested in psychology, this book makes for a great little psychological case-study (even if it isn't a true story). But it is so well written and describes the mental health of being confined, which I think during the current pandemic lockdown can be refreshing to read and remind ourselves that it can get a lot worse than what it is now!