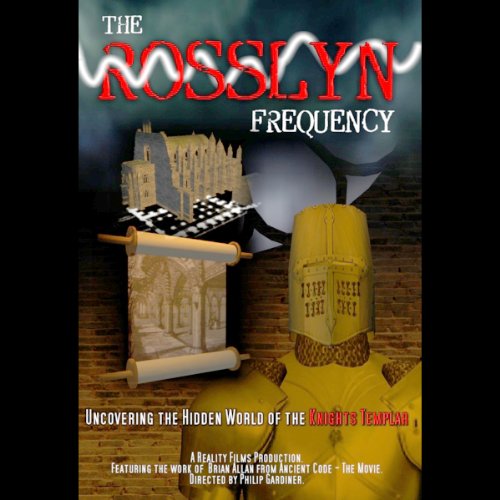 This unique book presents startling new evidence to suggest that there is a very real and breathtaking secret hidden within the structure of the now legendary Rosslyn Chapel in Scotland. Some say that Rosslyn Chapel is a simple place of worship, others that it holds the secrets of the Knights Templar and esoteric mystery persistently surrounds this enigmatic place.

This book reveals a new discovery by Brian Allan (featured in Ancient Code - The Movie and author of numerous books) that has immense implications for humanity.

Discover the amazing and devilish frequency uncovered by Allan as part of the secret, hidden language within the Chapel. Learn about the "keys" said to be buried beneath the floor and which may open a gateway to another world. Listen to the notes banned by the Catholic Church and played within the walls of Rosslyn itself, with a frightening outcome! Dare to go where no one has been since the 15th century.

Do you believe in the world of the occult? Have you stared into the abyss? The Rosslyn Frequency takes you to the very edge of darkness and reveals the hidden light. Sit back, relax and discover an ancient portal to another dimension. Reality is what you make it. www.reality-entertainment.com.

What listeners say about The Rosslyn Frequency

One man's idea, nothing tangible in his research. Poorly read. I don't begrudge paying for it as the Scots man showed ingenuity in filling each chapter with music and sharing only a few of his precious words.

From the summary I assumed this was based on fact/history and found that there was very little of a factual nature about Rosslyn incorporated in the text.

What was most disappointing about Brian Allan’s story?

Frequently pitted with 'I think' rather than historical facts and full of conjecture.

Extreme disappointment - do not feel this book is up to the standards of audible!

Would not recommend to anyone.

Good but description is misleading

I don't want this to sound negative, because I did enjoy it and found the information very interesting. But the description is misleading. It says, "uncovering the hidden world of the knights templar" well, I don't recall him mentioning the knights at all. If he did I missed it. It is all about the Rosslyn Capel.

I did not notice the length until after I downloaded it. It is less then an hour long. I would call this a speech more then a book. It reminded me of an interveiw, but where the person would be asking a question there was music. Music, then he would talk, starting with "I think.." Like they took the audio from an interview and took out the host.

I do think he did a good job narrating. I enjoyed his voice and liked the information.

Not worth a credit

Music is the main item in this collection of random thoughts, nothing proved, hard to follow and understand. If this was published in print it would be a page and 1/2 of bad grammar, no paragraphs
and not one complete idea.