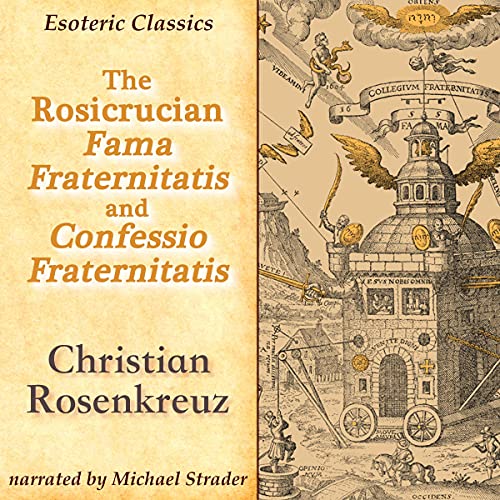 By: Christian Rosenkreuz
Narrated by: Michael Strader
Try for £0.00

Dating to 1614 and 1615, these are two of the three primary documents which originally announced and helped define who the secret society of Rosicrucians were. These works, written in veiled and alchemical language, outline the true philosophy of RC along with a code of conduct that members are expected to live by. These two pieces have been the subject of serious occult study for centuries since their first appearance.

Wrong narrator for this book.

I want to put this out there that there is nothing wrong with the narrator's performance itself. I am sure there is a genre where his voice will match perfectly. With that being said, his voice doesn't match the content of this book and I find myself distracted by his voice and missing the content. To get a feel for what I mean, imagine The Muppets reading Shakespeare. The content is there, but the voice makes the otherwise serious subject matter sound goofy. I just found it hard to listen to for any length of time.