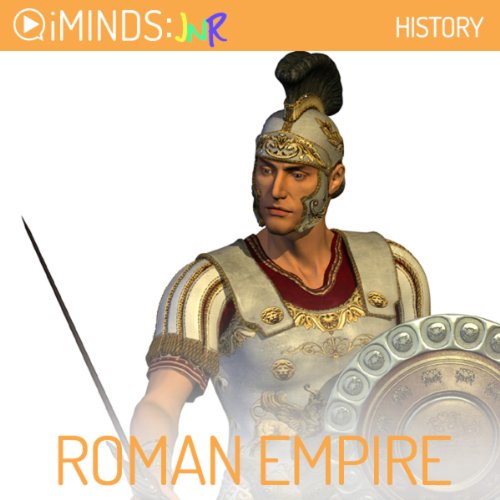 By: iMinds
Narrated by: Leah Vandenberg

The above could be a description of the United States, Australia, France, or many other industrialized countries. It also fits the ancient Roman Empire, perhaps the greatest empire the world has ever seen. In this very brief audiobook, Leah Vandenberg’s pleasant Australian voice will guide the listener through the most significant milestones of Roman history. While only a cursory sketch, the information provided here may be of use to an armchair player of trivia games, or to a young student seeking a broader base of culturally significant knowledge.

Learn about the history of the Roman Empire with iMindsJNR audio learning series for younger minds. A powerful army, a developed system of government and great road building – this is how Rome achieved an empire!For the early part of its history Rome was ruled by kings, like most other places in the ancient world. But in 510 BC, the Romans decided they were sick of obeying powerful monarchs. They took the momentous step of abolishing the monarchy and electing their leaders as a Roman republic. This was done so no one could have power without the support of the people.

Make your MP3 smarter with iMindsJNR MindTracks, intersperse with music and enjoy learning a little about a lot.. knowledge to help shape young minds.