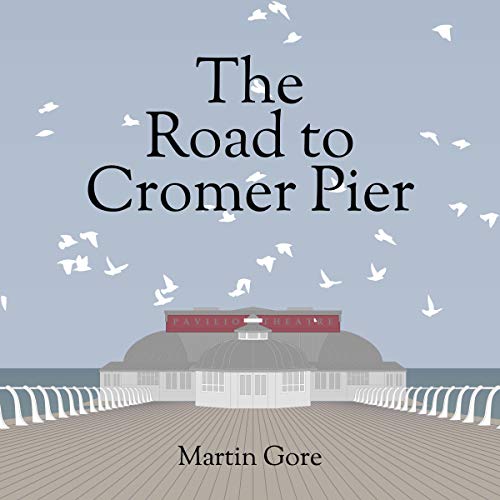 The Road to Cromer Pier

Janet’s first love arrives out of the blue after 30 years. Those were simpler times for them both. Sunny childhood beach holidays, fish and chips and big copper pennies clunking into one armed bandits.

The Wells family has run the Cromer Pier Summertime Special Show for generations. But it’s now 2009 and the recession is biting hard. Owner Janet Wells and daughter Karen are facing an uncertain future. The show must go on, and Janet gambles on a fading talent show star. But both the star and the other cast members have their demons. This is a story of love, loyalty, and luvvies. The road to Cromer Pier might be the end of their careers, or it might just be a new beginning.

What listeners say about The Road to Cromer Pier

The Road to Cromer Pier is a standalone novel by Martin Gore. This book was a little slow to start with, but by the time I got to about a third of the way through I found myself thoroughly invested in the characters and their lives. I loved the fact that the story revolved around the organising and production of a show in the building at the end of the pier. It brought back a lot of memories for me seeing shows in Blackpool with my daughter. There is just something special about seeing a show at the seaside. Janet is the leaseholder of the building and every year they put on a fabulous seaside show. This year the show will still go on, but afterwards, unless she comes up with the funding she will lose her lease and the place will be turned into a bingo hall. In the hope of selling a lot of tickets for the production, Janet recruits a former runner up in a TV talent show, a Welsh woman, Lauren Evans. The latter starts off being quite an unlikeable character but as time goes on her character really develops and you grow to love her. We also have the bad guy of the story, Mr Pemrose, he is an adulterer and he is also Janet's landlord. He badly wants her to forfeit on the building lease because he wants it. He seems to want to buy up all of the businesses in their small town. We also have Ben and Carol, a married couple whose marriage is on the rocks. Len, MC and comedian, Betty a dancer who drinks too much, Karen, a dancer and Janet's daughter, a Polish magician, and Miriam, the hard done by wife of Lionel Pemrose, all of who find themselves involved with this very last important event of the season. And we cannot forget dear 73-year-old Cyril, the Punch and Judy man. He has been doing the puppet show on the pier for 30 years, but this year was to be his last as Pemrose had tripled the rent he had to pay for his spot. Each and every one of these characters has their own story, some more emotional than others, but all captivating to read. Or in my case 'listen' to. I listened to the audiobook of The Road to Cromer Pier. It's narrator Penny Scott-Andrews did a fabulous job of performing the character's voices. The varied accents were done beautifully, I particularly liked her Welsh accent, that of Lauren Evans. I will admit that at the start of the book the narrator's normal reading voice, when she wasn't in character, reminded me very much of somebody reading a child's storybook. It was a bit off-putting when a sad moment was occurring and it was told in a bubbly cheerful voice. BUT, that said, by the time I was more used to it, plus appreciated just how good her characterisations were, I soon didn't mind. The Road to Cromer Pier was a real pleasure to listen to and I am happy to recommend it.