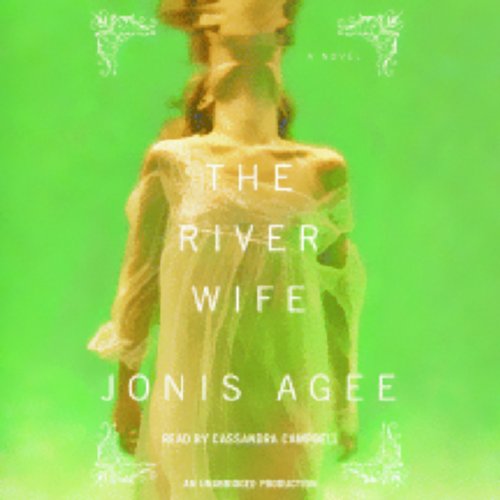 When an earthquake brings Annie Lark's Missouri house down on top of her, she finds herself pinned under the massive roof beam, facing certain death. Rescued by French fur trapper Jacques Ducharme, Annie learns to love the strong, brooding man and resolves to live out her days as his "River Wife".

More than a century later, in 1930, Hedie Rails comes to Jacques' Landing to marry Clement Ducharme, a direct descendant of the fur trapper and river pirate, and the young couple begin their life together in the very house Jacques built for Annie so long ago. When, night after late night, mysterious phone calls take Clement from their home, a pregnant Hedie finds comfort in Annie's leather-bound journals. But as she reads of the sinister dealings and horrendous misunderstandings that spelled out tragedy for the rescued bride, Hedie fears that her own life is paralleling Annie's, and that history is repeating itself with Jacques' kin.

Among the family's papers, Hedie encounters three other strong-willed women who helped shape Jacques Ducharme's life. Their stories, together with Annie's, weave a haunting tale of this mysterious, seductive, and ultimately dangerous man, a man whose hand stretched over generations of women at a bend in the river where fate and desire collided.

What listeners say about The River Wife

Don't Mess with the French!

This was a story split in three, charting the lives of wives at Jacques Landing. The River of the story brings love to patriarch Jacques, but also sorrow and danger as piracy, slave trading and family loss flow with its currents.

Its an eye roller.

As in, every 15-30 minutes listening to this glorified romance novel, I could be see rolling my eyes and mumbling "Oh, give me a break..." or "puleez..."

In terms of it being a "historical novel," well it is set in the past - but there is very very little actual history in it - so if thats part of the draw for you, buyer beware.

Overall, its corny, predictable, drawn out, and largely unbelievable.

Historical fiction, romance and one of a kind

This beautiful story was by far one of the best stories that I've ever listened to. I was able to identify with each person in the story. I rented it first from the library, but the CD's were to scratched and messed up to listen to. I'm so glad that Audible had it.

Cassandra Campbell told the story so well and I got so immeresed to the point that the story almost became reality to me. It sad in some places, I wouldn't speed forward on my i-pod for fear of missing something. I have discovered that some of the older stories are the best.

If you like Historical Fiction Romance and you enjoy getting into the story and the people in it...then give it a try.