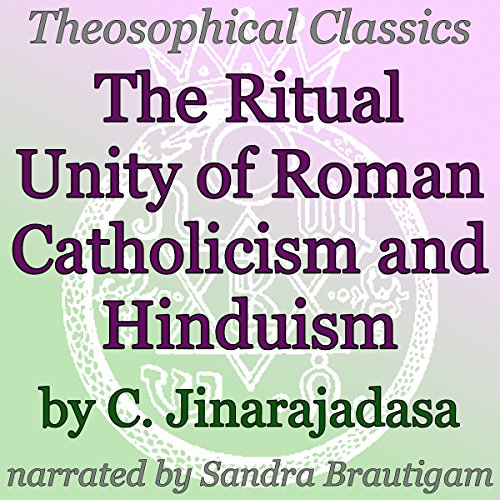 The Ritual Unity of Roman Catholicism and Hinduism

By: C. Jinarajadasa
Narrated by: Sandra Brautigam
Try for £0.00

C. Jinarajadasa was a writer, philosopher, prominent Theosophist of his day, as well as a Freemason. In this particular piece (originally published in 1915), the author takes a scholarly examination and ritual dissection of the Catholic Mass. Among the many topics that he discusses are: the creed, the altar, the vestments, the collect and epistle, commemoration of the dead, Prajapati, and more. He briefly speculates as to what the future of Masonic ritual might hold if the fraternity was to stay true to its initiatory origins, concerning the journey of the candidate. He finishes off with a comparison to the rituals of Hinduism. This should also be of interest to other spiritual traditions, which have a ritual Mass as part of their practice.