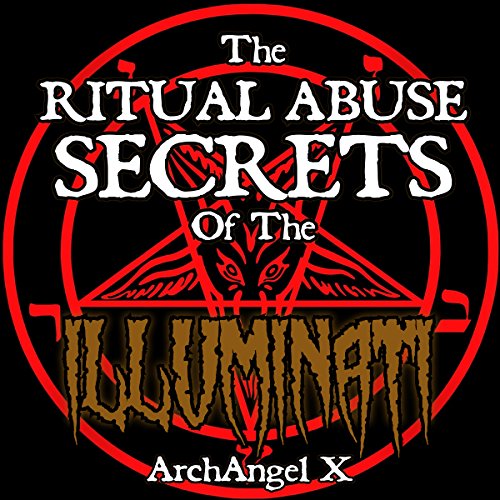 The Ritual Abuse Secrets of the Illuminati

The Ritual Abuse Secrets of the Illuminati

The Illuminati is everywhere!

Imagine a world controlled and manipulated by an occult secret society made up of the world's most powerful political and financial families.

This is no imaginary world - it's a reality!

Satanic Ritual abuse is an extreme, sadistic form of abuse against children and non-consenting adults. It is a methodical, systematic sexual, physical, emotional, and spiritual abuse, which often includes mind control, torture, and highly illegal and immoral activities such as murder, child pornography, blackmail, and prostitution. SRA happens every day around the country yet the vast majority of it goes unreported due to the involvement of powerful political, societal, and financial families who control the media and the flow of information.

Follow best-selling conspiracy author and former Illuminati insider Archangel as he peels back the veil of modern occultic influence spanning literally every level of our modern day lives, from members of your local schools PTA all the way up to the highest levels of government...including the White House!

Inside this chilling account you'll discover how this secret society acquires its victims and takes possession of their minds and bodies, turning captors into willing slaves programmed to do their bidding.

You'll venture deep inside the rabbit hole to learn about techniques developed by Nazi, CIA, and US Military branches for creating "super soldiers" in a former post-war black project known as mK ULTRA, and much more!

Not so much of an insight into Illuminati.

More of a self help book with advice for victims of ritual abuse with some illuminati info. It's also very Christian orientated.

this is definitely not for the light hearted. the author is a true hero for making a difference after a lifetime of hell!

This book was a lot of fun to listen to. I loved how fluid it was and the content. The writer did a lot of research and it shows. Great job great writing. Very fun and yeah after it was over little bit of paranoia for a day or two. Thanks again.

This topic is largely hidden from view. This appears to be first-hand information by a survivor of the Illuminati cult. Well reasoned, well explained, well narrated.

This is a complete and very comprehensive book. Its also a masterpice in psychopathology. I got to understand a lot more about the mind and everything regarding the illuminati. Would love to contact the author and make more questions.

I thought the satanic panic ended in the 80's. This has to be the most unbelievable tinfoil hat fantasy conjured by a sick sick mind.

2 of 10 people found this review helpful