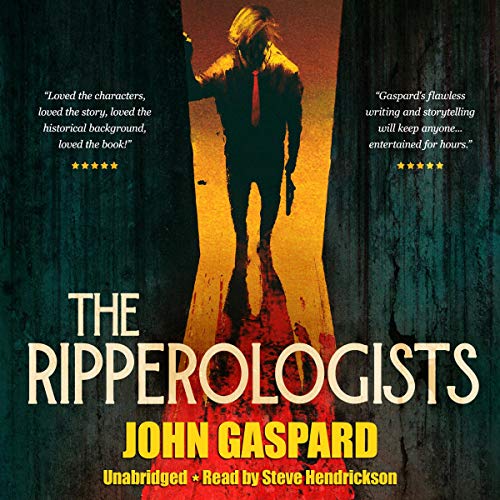 “For tonight, you can call me Jack.”

When a copycat serial killer begins recreating Jack the Ripper’s 1888 murder spree, two competing experts are forced to work together to stop him.

Despite their well-documented antagonism, famous mystery novelist Barbara Thomas is paired with legendary Ripperologist Henry McHugh as they race against time to try to get one step ahead of the crazed killer.

What they don’t understand - until it’s almost too late - is that his murderous spree is far more personal than either of them ever suspected.

What listeners say about The Ripperologists

S. Hendrickson has ruined this and The Greyhound of the Baskerville. He has a monotone delivery and is not very good with accents. In the end I jumped to the last chapters and he even managed to make that boring.