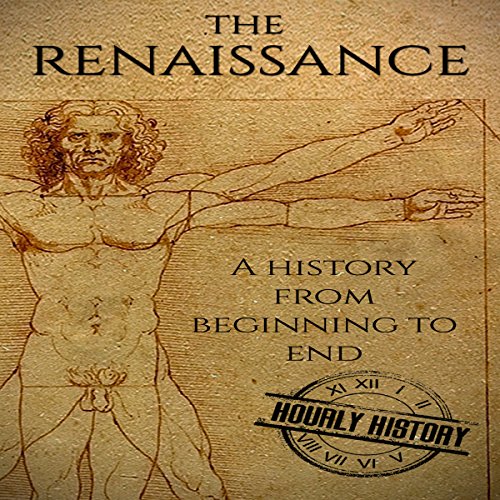 The Renaissance: A History From Beginning to End

The Renaissance: A History From Beginning to End

During the Middle Ages, the nations of Europe forged new identities that moved them away from the lost glory of the Roman Empire into their own ethnicity. The experience of maturation was often clumsy and out of step, an evolutionary process that saw the nation's developing at their own pace as they struggled to replace the protection of Rome with their own home-grown strength. What the nations, once they were ready to be described in that manner, did have was the Roman Catholic Church, which defined itself as the spiritual protector of Christian believers. But the dutiful Christians of the Middle Ages who sought orthodoxy and for the most part obeyed the papal rules underwent a change when the Middle Ages ended.

The Renaissance, or rebirth, was a period of time when Europeans began to question what they had been told was sacrosanct. Through art, inventions, science, literature, and theology, the separate nations of the European continent sought answers that the Roman Catholic Church was unwilling, or perhaps unable, to offer.

The Church that had become a powerful political entity was viewed with distrust and skepticism by many Christians; the spread of learning that accompanied the invention of Gutenberg’s printing press meant that bold new ideas were traveling across the boundaries of Europe faster than the Church could silence them. Lascivious, power-brokering popes could not bring a halt to the challenges they encountered when a German priest rebelled against corrupt practices that masqueraded as ecclesiastical authority. As the walls came tumbling down, humanism burst forth, inspiring the art of Michelangelo, the science of Vesalius, the literature of Shakespeare and Cervantes. But with the loss of religious uniformity came terrible conflicts: France suffered the St. Bartholomew’s Day Massacre; Spain welcomed the Inquisition to purge heresy; the Low Countries were split between Catholic and Protestant.

The Renaissance was a triumph of the human spirit and a confirmation of human ability, even as it affirmed the willingness of men and women to die for the right to think freely.

A great listen. The Renaissance is my favorite period in European history, and this wonderful little book gives a quick overview of the period. You can spend years studying the period and Hourly History gives us the high points and cameos of the major players. The narration is very well done, by a narrator who more than meets Audible's high standards. A great production that I enjoy very much.