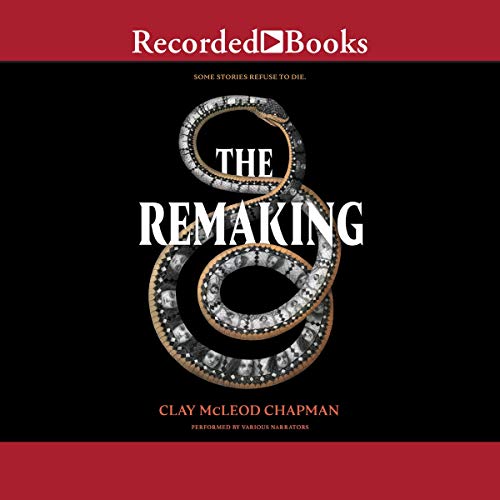 Inspired by a true story, this supernatural thriller for fans of horror and true crime follows a tale as it evolves every 20 years - with terrifying results.

Ella Louise has lived in the woods surrounding Pilot's Creek, Virginia, for nearly a decade. Publicly, she and her daughter Jessica are shunned by their upper-crust family and the Pilot's Creek residents. Privately, desperate townspeople visit her apothecary for a cure to what ails them - until Ella Louise is blamed for the death of a prominent customer. Accused of witchcraft, both mother and daughter are burned at the stake in the middle of the night. Ella Louise's burial site is never found, but the little girl has the most famous grave in the South: a steel-reinforced coffin surrounded by a fence of interconnected white crosses.

Their story will take the shape of an urban legend as it's told around a campfire by a man forever marked by his boyhood encounters with Jessica. Decades later, a boy at that campfire will cast Amber Pendleton as Jessica in a '70s horror movie inspired by the Witch Girl of Pilot's Creek. Amber's experiences on that set and its meta-remake in the '90s will ripple through pop culture, ruining her life and career after she becomes the target of a witch hunt.

Amber's best chance to break the cycle of horror comes when a true-crime investigator tracks her down to interview her for his popular podcast. But will this final act of storytelling redeem her - or will it bring the story full circle, ready to be told once again? And again. And again....

What listeners say about The Remaking

A chilling horror novel that's definitely worth a read. Some pictures stayed in my head for a long time and I gained interesting insights into the horror film making business. The story dragged a bit in the middle though.

this could have been a good metahorror variation but too many clunky moments ruin it.

I really enjoyed listening to this for a number of reasons. It caught my interest right away with a not so classic ghost story that had enough familiarity to it that you could really imagine it being told to you as a child and it sticking with you. As the book moved on, the character development was great. The different narrators for different time periods really helped me identify with the "leading lady" as a child, and as an adult. The descriptive language kept me engaged and really wondering where it was all going to lead. It wasn't gory, but spooky enough to keep me intrigued enough to listen all the way through in just 3 evenings. In the end, I felt like it was something that really happened and have a hard time getting my head around the fact that it was fiction. I recommend it to anyone who likes a good ghost story.

This story started out With great potential I feel as it went on more was coming At the end was a bit disappointing.

It seems like the author prioritized aesthetic motif and great prose over having a moving plot and characters that the reader might want to get to know. The prose often came off as pretensions due to the lack of story and its sheer volume and focus dilutes the quality of any single paragraphs, often by repeating information the audience already knows from prior descriptions but in a slightly different manor. It felt like every subject of attention in the book had to be described five slightly different ways in quick succession before the author could move on.

Just not engaging at all

Multiple narrators, which I almost never enjoy. The story was just long and repetitive and pretty dull. Seemed like the author wrote some passages just to be able to include a cool turn of phrase he had thought of, but not really to advance the plot. I couldn't make it to the end. Bummed, because on it's face, it sounded like a story I should really have enjoyed. I'm going to return it and get my credit back.