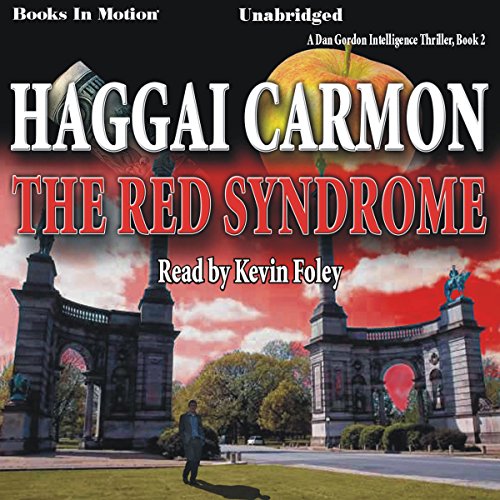 By: Haggai Carmon
Narrated by: Kevin Foley
Try for £0.00

Haggai Carmon's timely new intelligence thriller, The Red Syndrome, describes a plausible and frighteningly simple terrorist conspiracy: Introduce a lethal biological weapon into the nation's food supply in a way never before imagined....Which Americans belong to the Iranian-backed Islamic fundamentalist splinter group that threatens the U.S. population? Can they be stopped?

"Tight and fluidly written....The Israeli-born Carmon, who (like Gordon) works with the Justice Department, obviously knows whereof he writes." ( Booklist)

What listeners say about The Red Syndrome

I don't normally like to give a negative review because fiction is a very subjective thing. We are all different and all like different things..it's what makes the world go round! In my opinion, this book should have been very good. The subject matter had a lot of potenital but it was completely wasted and hardly explored. The book is written in the first person as Dan Gordon, an investigator with the Dept of Justice in the US. Dan Dare had more realism about him. The character is like some sort of Jason King/Alan Partridge remnant from the 70's with some truly cringeworthy dialogue. Very shallow characters with no depth add an almost laughable quality to the book at times. This was my first real bozo from Audible and to be totally frank, I find it incredible that Dan Gordon ever made it to publishing let alone recording. Add in the ridiculous female character and the gratuitous nod to 9/11 and the book borders on the offensive. I really can not think of one person I could recommend this book to.