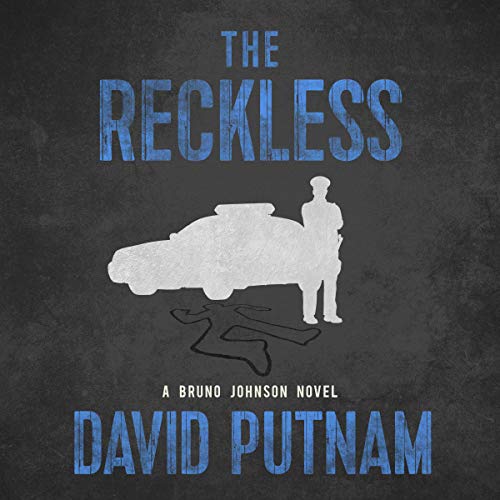 By: David Putnam
Narrated by: Daniel F. Purcell
Try for £0.00

Perfect for fans of Robert Crais and John Sandford

Bruno Johnson, a young and inexperienced LA County deputy sheriff, is trying to balance his life as the single father of a four-year-old daughter and his responsibilities as a cop in the Violent Crimes Unit. When he and his impetuous partner, Ned Kiefer, are put on loan to the FBI to help out with a "special problem", Bruno finds himself in a real bind.

The FBI hands Bruno and Ned a case that the Bureau prefers not to touch - a group of teenage criminals that are being run by a nefarious criminal known as the Darkman. Bruno discovers the identity of the Darkman and is stunned to realize that he is the perpetrator from a lingering unsolved case - a triple homicide that continues to haunt Bruno.

The problem is how to stop the juvenile criminals without killing kids and, at the same time, avoid being killed by the kids - or by the Darkman - and keep his reckless partner Ned under control.

What listeners say about The Reckless

MARK THIS A NO

The narrator for this audiobook, Daniel Purcell, was asked, or took it upon himself, to do far more than he was capable of. He attempted to have a different voice for each character -- and there are many -- but the results ranged from frog-in-the-throat sounds to just forced-air noise. I could not listen to the story for more than an hour before finally giving up on due to the narration. Don't waste your time or money on this audiobook -- perhaps buy the hard copy instead.

I have read all of Putnam’s prior works on my Kindle and they were awesome. Downloaded this one for a long road trip & couldn’t make it past the first few minutes due to the poor narration. Like fingernails on a chalkboard, this reader was. Sad. Perhaps I’ll read it on my kindle.

Really enjoy the journey of Bruno

I have enjoyed all the Bruno books. Love hearing how all the characters stories come together. RIP Ned.

I'm not sure what the other reviewer was listening to because I laughed and cried during this book. The story and character development are top notch. Bruno Johnson sounds like David Webb the political commentator. This story is so engrossing and exciting and Mr. Purcell's performance really does it justice. All the characters' voices are expertly done and amazingly the women and children's voices are as well. If you like excitement and getting invested in characters and story this is the book for you.