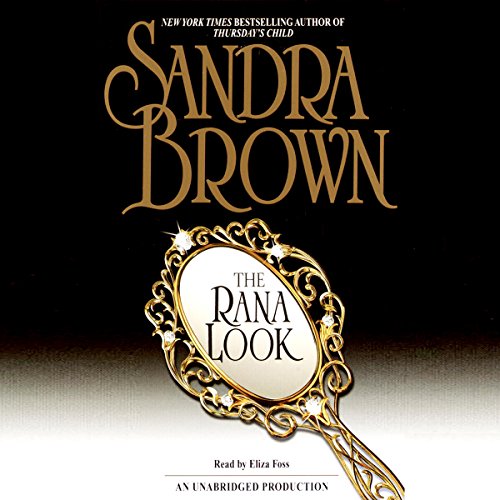 The author of 45 New York Times best-selling novels, Sandra Brown is one of the romance world’s most acclaimed writers. Rendezvous magazine has praised her as a novelist whose “larger than life heroes and heroines make you believe all the warm, wonderful, wild things in life.” Now, in the classic romantic tradition her fans have come to love, here is another sexy and extraordinary tale of passion - the story of a woman who gives up fame and fortune ... and discovers true love in the last place she expected to find it.

The modeling world called it the Rana Look: the exotic, one-of-a-kind allure that only supermodel Rana Ramsey could deliver. With her green eyes, olive skin, and wildly lustrous auburn hair, Rana posed for ad campaigns and strutted down runways all over the world, naming her own price to sell everything from cosmetics to women’s lingerie. But all of that suddenly ended one day when she looked her demanding mother-manager in the eye and said, “Enough.” That was the day Rana packed her things and left New York - and modeling - forever.

Settling in Miss Ruby’s boardinghouse in Galveston, Texas, Rana finds success with her own business - and cultivates a new look to go with her new life. Now her beautiful eyes are shielded behind tinted glasses, her famous figure hidden under shapeless dresses, her trademark wild hair falling straight down her back. Rana knows she’ll never attract a man this way, and that’s just fine with her - that is, until Ruby’s nephew, football star Trent Gamblin, moves in to nurse his injured shoulder.

Ruggedly handsome, charming, and undeniably charismatic, Trent is the kind of man that Rana finds irresistible ... the kind of man she is certain would never look twice at a woman as ordinary as the new Rana. But to her surprise, Trent seems unfazed by her Plain Jane look, for he is drawn to a beauty that Rana can’t hide. He is determined to learn the mystery behind the elusive, reclusive boarder with the secret past. To do so, he proposes an unusual pact: they will only be friends, nothing more.

As the days pass, Rana and Trent are drawn together in a sensual idyll unlike anything either of them has ever known. But the outside world cannot be kept at bay forever. And Rana fears that when Trent learns the truth about her past, he’ll feel betrayed and deceived. Even worse, he’ll never be able to see her as she truly is. Then, an unexpected tragedy strikes, and the stakes seem higher than ever. Now they must look deep into each other’s hearts to determine if their relationship is just an impossibly erotic dream - or a dream of love come true.

Guy falls in love with an unattractive girl.

REVIEWER’S OPINION:
I read the paperback in 2010 and gave it 3 ½ stars. I listened to the audiobook in 2018 and changed my review to 5 stars. The narrator made it better.

It’s a feel good story. I liked someone in disguise and a couple getting to know each other based on what’s inside not outside. I’m glad there was no big misunderstanding. There was some conflict when he learned her true identity, but it wasn’t drawn out into a long, frustrating separation. There are some sex scenes, but they are done with no sex words.

STORY BRIEF:
Rana had a dominating and unloving mother who pushed her into beauty pageants and modeling. Rana became a famous model. Due primarily to her mother’s actions Rana left the business. She moved to Galveston,Texas, where she rented a room in Ruby’s house. Rana gained weight and wears baggy clothes and tinted glasses. She wears her hair in a way to hide part of her face. She paints pictures on clothing which she sells. She feels peaceful there.

Ruby’s nephew Trent is a professional football player with a shoulder injury. He comes to stay with Ruby while his shoulder heals. He’s used to having any woman he wants. He loves ‘em and leaves ‘em. Rana wants to avoid him but has a hard time doing that living in the same house. She’s the only woman around, and he sees her as a challenge. But then they start to fall in love. He still doesn’t know who she is. She never lets him see her without her glasses on.

AUDIOBOOK NARRATOR:
Eliza Foss was wonderful. I’d be happy to read other books she narrates.

This was one of my first books added to my hugh book collection. I sold it after a couple of years and have since been looking for it again... I always liked that it was a simple but cute romance in people wanting to be loved for who they were inside not what they looked like or were to the public. The story was not long and dragged out and came to the point right away. Will always be one of my favorites!