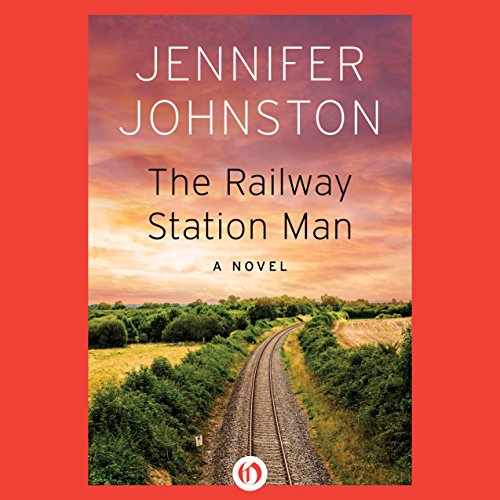 Seeking solace in the wake of her husband’s death, a woman embarks on a new life on the Irish coast, where her mysterious new neighbor offers a rekindled sense of happiness, however short-livedHelen moved to a small ocean-side village for the isolation - to be alone with the waves, birds, and changing seasons. Newly widowed, she spends her days painting in her glass-walled studio atop a hillside on Ireland’s northwest coast. From her perch she can study the rocks and dunes of the land sloping into the sea, the fishing boats rocking in the tide, and the railway station, abandoned for forty years, now being refurbished by Roger, an Englishman and veteran of the Second World War.

Her friendship with Roger develops slowly, but in tandem with her growing affection for him is an intractable suspicion over his past. As the Troubles continue to settle over Ireland, Helen experiences sparks of happiness with Roger. Meanwhile, her son Jack, a radical living in Dublin, is increasing his involvement with an impassioned group of Irish guerillas, unwittingly setting in motion a series of events that lead to a shocking conclusion for both him and his mother.

What listeners say about The Railway Station Man

One of the most boring pointless stories Ive listened to. The cover leads you to believe that its about railways... but its not. It doesnt have trains in it and certainly doesnt have railway lines.Its rubbish.