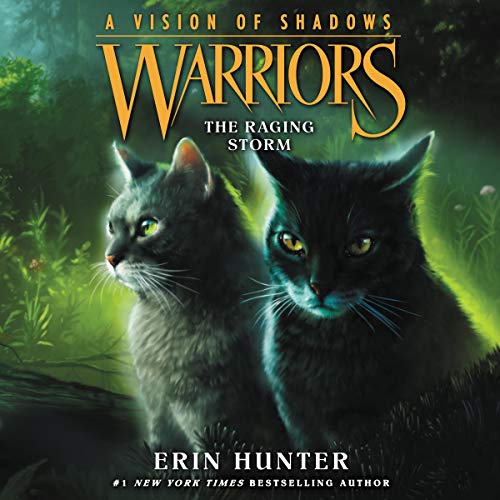 ShadowClan has returned under the leadership of a new Tigerstar, but their renewed strength has brought the tensions around the lake to an explosive breaking point. SkyClan’s place among the Clans is about to be decided once and for all.

Full of epic adventure and thrilling intrigue, this fifth Warriors series is the perfect introduction for listeners new to the Warriors world - while for dedicated fans, it’s a long-awaited return to the era of Bramblestar’s ThunderClan, after the events of Omen of the Stars.

What listeners say about The Raging Storm

i love the smooth voiced individual macleod andre. he does woman voice good and man voice better i loved his performance and the story as well thank you macloud andrew and Aaron Huntre

Good. So So extremly fun.

I can realie on Warriors to make me happy. Im glade that Juniperclaw died an Warriors death. and admiting that what he've done was wrong. plus saving Violetshine and her kits with Shadowkit.