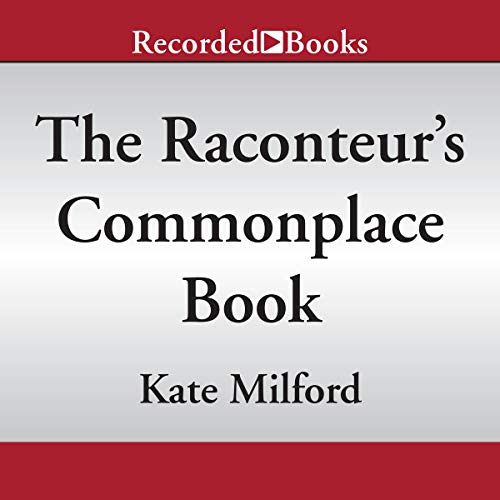 Nothing is what it seems and there's always more than one side to the story as a group of strangers trapped in an inn slowly reveal their secrets in this new stand-alone mystery set in the world of the best-selling Greenglass House, from a National Book Award nominee and Edgar Award-winning author.

The rain hasn't stopped for a week, and the 12 guests of the Blue Vein Tavern are trapped by flooded roads and the rising Skidwrack River. Among them are a ship's captain, tattooed twins, a musician, and a young girl traveling on her own. To pass the time, they begin to tell stories - each a different type of folklore - that eventually reveal more about their own secrets than they intended.

As the rain continues to pour down - an uncanny, unnatural amount of rain - the guests begin to realize that the entire city is in danger, and not just from the flood. But they have only their stories, and one another, to save them. Will it be enough?

What listeners say about The Raconteur's Commonplace Book