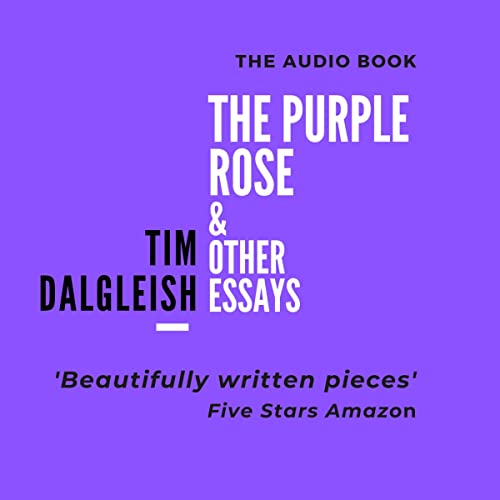 This is a diverse and eclectic collection of autobiographical writings (by the actor and writer Tim Dalgleish) which includes pieces on authors such as Jack Kerouac, Ted Hughes, and Jack Trevor Story; filmmakers Alfred Hitchcock and Anthony Mingella; well-known theater luminaries such as Antonin Artaud; and lesser-known practitioners such as Peter Sykes of RAT Theatre.

Other topics include comics, travel, Valentine's cards, the desire to be a writer, the flamenco guitarist Eduardo Niebla, ghosts, chess, Christianity, and existential disquisitions on time and the nature of being.

What listeners say about The Purple Rose