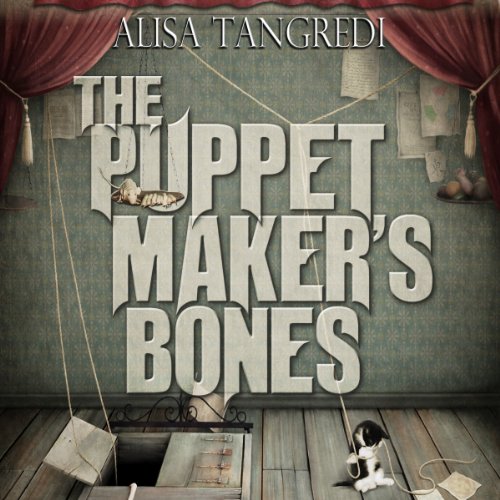 An angel of Death in Los Angeles. A sociopath kills a young boy, a quiet teen, and then an entire family before turning his attention upon Pavel Trusnik, an elderly shut-in from across the street. Loneliness can drive a normal man to madness, and Pavel is not a normal man. After committing a crime that leaves him shunned and isolated, Pavel has only the fading memories of his tragically flawed life, and his one great love. When the violent sociopath sets his murderous desires upon Pavel, only an ancient order that knows Pavel's secrets can intervene. But for the isolated old man, the vicious intruder is the only company he has had in decades….
©2012 Alisa Tangredi (P)2013 Alisa Tangredi

What listeners say about The Puppet Maker's Bones

While the novel itself has its good and not-so-good elements,William Salyers narration is a real treat. He has a true gift for voices. Even in crowd scenes he delivers distinctly different timbres and accents without becoming "actor-y" at any time, and without overpowering the writer's words. The whole is handled with grace and aplomb. All in all, a fine actor struttin' his considerable stuff.