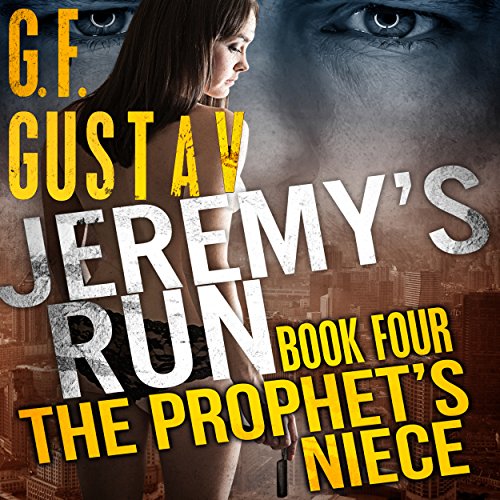 The Prophet's Niece is the fourth installment of a serial story in seven parts.

In Book 1, LA Dark, an electromagnetic pulse or EMP triggered by high-altitude nuclear detonations takes down the U.S. power grid and everything electronic. Five friends living in west L.A. realize that fate has landed them in one of the worst places possible. They resolve to flee the city for southern Utah.

In Book 2, Blood Loss, these five amateurs, unprepared entirely for the harsh realities of a rapidly collapsing and lawless society, make a series of mistakes and pay a heavy price.

In Book 3, Run Through the Jungle, the six become eight and make it as far as downtown L.A. Had they known what lay in store, they might have reconsidered.

In Book 4, The Prophet's Niece, Paula Ivanova is reunited with her uncle, Hiram Ezekiel Smith, the powerful and charismatic Prophet, Seer, and Revelator of a cult of his creation. He's been expecting her. Her friends think she's there to visit. True enough. Few acts are more intimate than murder.

What listeners say about The Prophet's Niece