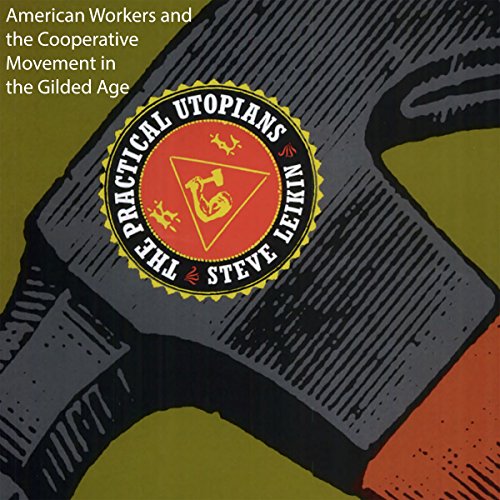 Between 1865 and 1890, in the aftermath of the Civil War, virtually every important American labor reform organization advocated "cooperation" over "competitive" capitalism and several thousand cooperatives opened for business during this era. The men and women who built cooperatives were practical reformers and they established businesses to stabilize their work lives, families, and communities. Yet they were also utopians - envisioning a world free from conflict where workers would receive the full value of their labor and freely exercise democratic citizenship in the political and economic realms. Their visions of cooperation, though, were riddled with hierarchical notions of race, gender, and skill that gave little specific guidance for running a cooperative.

The Practical Utopians closely examines the experiences of working men and women as they built their cooperatives, contested the meanings of cooperation, and reconciled the realities of the marketplace with their various and often conflicting conceptions of democratic participation. Dealing with a critically important yet largely ignored aspect of working-class life during the late 19th century, The Practical Utopians brings crucial aspects of the cooperative movement to light and is a necessary study for all scholars of history, labor history, and political science.

The book is published by Wayne State University Press.

What listeners say about The Practical Utopians

Fantastic insights into the challenges, triumphs, shortcomings, and lessons of cooperative business in the 1900s.