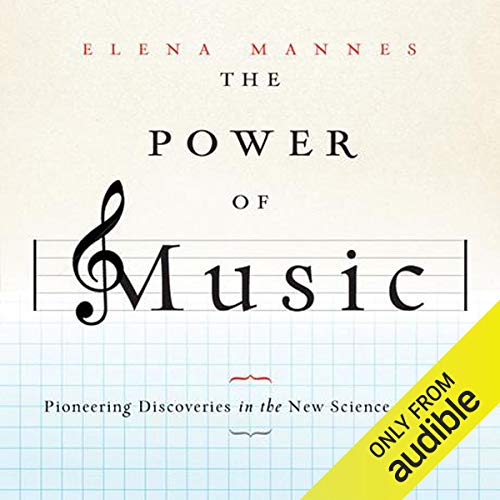 The Power of Music

The Power of Music

The award-winning creator of the acclaimed documentary The Music Instinct: Science & Song, explores the power of music and its connection to the body, the brain, and the world of nature. Only recently has science sought in earnest to understand and explain this impact. One remarkable recent study, analyzing the cries of newborns, shows that infants' cries contain common musical intervals, and children tease each other in specific, singsong ways no matter where in the world they live. Physics experiments show that sound waves can physically change the structure of a material; musician and world-famous conductor Daniel Barenboim believes musical sound vibrations physically penetrate our bodies, shifting molecules as they do. The Power of Music follows visionary researchers and accomplished musicians to the crossroads of science and culture, to discover: how much of our musicality is learned and how much is innate? Can examining the biological foundations of music help scientists unravel the intricate web of human cognition and brain function? Why is music virtually universal across cultures and time-does it provide some evolutionary advantage? Can music make people healthier? Might music contain organizing principles of harmonic vibration that underlie the cosmos itself?

Only the Performance is being rated here

I have listened so far only for an hour. The contents of the book promise to be hard won and very interesting. However, the reader is unfortunately chosen because her (rather beautifully toned) voice has succombed to one of those fashions which repeat the same pitched pattern over and over again (in this case the minor 3rd, middle C# to E) - whatever the content - questions, responses, facts,..whatever Such affectations deny any depth of meaning. This is especially sad when the text is actually discussing a wide range of physical, mental and emotional connotations which must affect pitch. I'll try to carry on, but I guess it may be hard.