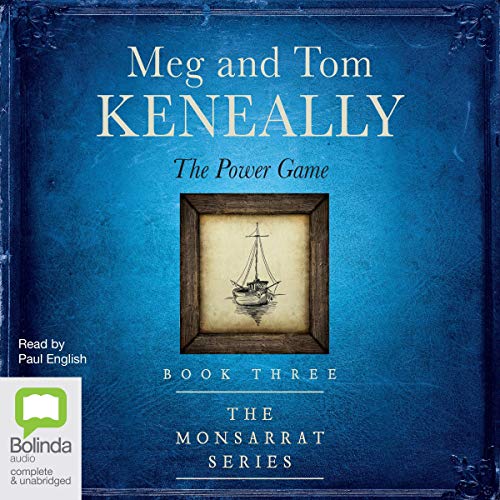 By: Meg Keneally,Tom Keneally
Narrated by: Paul English
Try for £0.00

Being the skipper of the cutter that carries all supplies and communications between Tasmania and Maria Island is a powerful position, and a deadly one.

In the third instalment of the Monsarrat series, Hugh Llewelyn Monsarrat and his trusty housekeeper, Mrs Mulrooney, are sent to remote Maria Island to solve the murder of Bart Harefield, the detested cutter skipper who was responsible for bringing supplies and correspondence to the island. Bart knew that knowledge was currency, and he wasn’t shy about reading the letters he brought across.

When Harefield is murdered with an ax, blame is laid at the feet of Thomas Power, the charismatic Irish revolutionary held in detention - with a lot of privileges - on Maria Island. Monsarrat and Mrs Mulrooney are told to solve the murder. They soon realise their real job is to tie Power neatly to the crime, so he can be hanged without inciting rebellion. But were there others who also had reason to want to shut Harefield up?

What listeners say about The Power Game