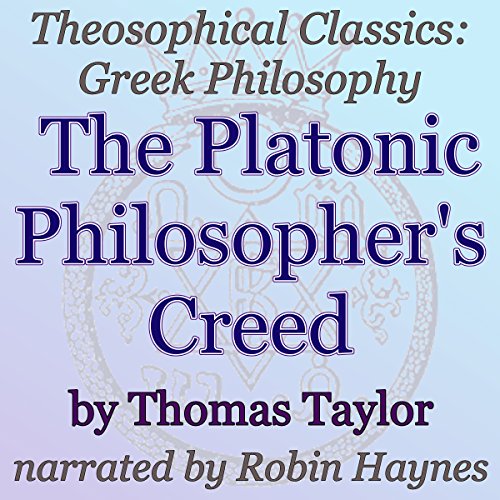 By: Thomas Taylor
Narrated by: Robin Haynes
Try for £0.00

Thomas Taylor was the first to translate the complete works of Plato into English and as such, a prominent Neoplatonist of his day. He wrote prolifically and his huge body of work has been influential on generations of writers and thinkers that followed him. Here he presents us with a concise summary of Platonic philosophy in the form of a creed. It is not intended to be heard as dogma, so much as it is a guide for students and thinkers alike. This creed has been published several times with minor variations; this version was taken from the Theosophical literature of the late 19th century.

What listeners say about The Platonic Philosopher's Creed