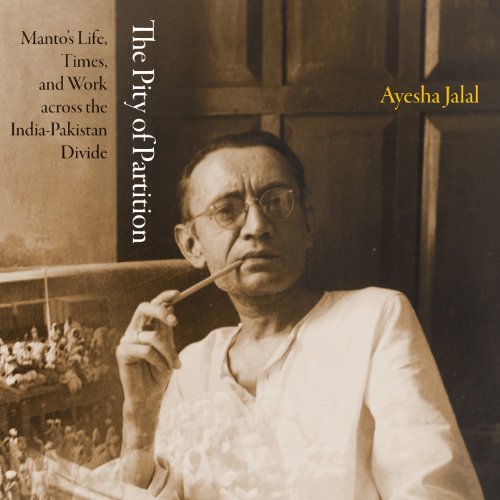 The Pity of Partition

The Pity of Partition

Saadat Hasan Manto (1912-1955) was an established Urdu short story writer and a rising screenwriter in Bombay at the time of India's partition in 1947, and he is perhaps best known for the short stories he wrote following his migration to Lahore in newly formed Pakistan. Today Manto is an acknowledged master of twentieth-century Urdu literature, and his fiction serves as a lens through which the tragedy of partition is brought sharply into focus. In The Pity of Partition, Manto's life and work serve as a prism to capture the human dimension of sectarian conflict in the final decades and immediate aftermath of the British raj.

Ayesha Jalal draws on Manto's stories, sketches, and essays, as well as a trove of his private letters, to present an intimate history of partition and its devastating toll. Probing the creative tension between literature and history, she charts a new way of reconnecting the histories of individuals, families, and communities in the throes of cataclysmic change. Jalal brings to life the people, locales, and events that inspired Manto's fiction, which is characterized by an eye for detail, a measure of wit and irreverence, and elements of suspense and surprise. In turn, she mines these writings for fresh insights into everyday cosmopolitanism in Bombay and Lahore, the experience and causes of partition, the postcolonial transition, and the advent of the Cold War in South Asia.

The first in-depth look in English at this influential literary figure, The Pity of Partition demonstrates the revelatory power of art in times of great historical rupture.

What listeners say about The Pity of Partition

Wonderful character, not such an interesting book

Yes, it was well spent because I learned about a fascinating and historically important character. I have begun to read his short stories and they are truly wonderful and inspiring.

It was expected as he clearly intended to orchestrate his own end.

The period after he is relocated in Pakistan. It is heart breaking and he is an awesome, in the truest sense of the word, character.

Yes, I would love to see his life portrayed in film, it would be very fitting as he was a screen writer.

the worst narration ever

the book itself is very interesting but the narration is horrible, making the listening insufferable.