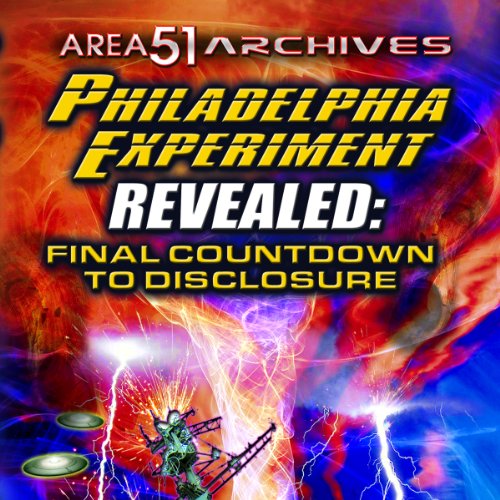 By: Reality Entertainment
Narrated by: Al Bielek,Preston Nichols
Try for £0.00

The bizarre truth to top-secret experiments in time travel and invisibility. In 1943, a U.S. Navy ship vanishes during a secret World War II experiment gone horrifically wrong. The ship vanished and traveled through time, setting off a number of events that continue today, spilling over into the Montauk Project, a continuation of the Philadelphia Experiment. Surviving researchers from the Philadelphia Experiment met in the early '50s intent on continuing their work on manipulating the electromagnetic shielding used to make the USS Eldridge invisible to radar and to the naked eye. The intent was to use a magnetic field as a means of psychological warfare.

Initial proposals were rebuffed by the U.S. Congress, fearing the dangers of the research. The experiment continued with support from the DOD and funding from a large cache of Nazi gold found in a train by U.S. soldiers in France near the Swiss border. The train was destroyed, and all the soldiers involved in the discovery were killed as part of a cover-up. With funding in place, work allegedly began at a decommissioned base in Montauk, New York, under the name of the "Phoenix Project".

Discover the science behind experiments involving walk-in implantation, time travel, mind control, invisibility, mind machines used to develop and control paranormal powers, and much more. Hear a complete breakdown of the Philadelphia Experiment and the Montauk Project from those who were there to witness the events. This true, yet unbelievable, story is one they do NOT want you to know. You will be terrified, shocked, and amazed by experiments performed on human beings and the incredible history of the Philadelphia Experiment.

Over five hours of the darkest black operations, government cover-ups, and conspiracies!

What listeners say about The Philadelphia Experiment Revealed

Can't hear through the time warp!

Might have been good if the audio was improved. Also much of the lecture/info requires viewing the material, for those like me who do not have enough of a scientific/math background to be able to visualize the lecture material. This might be some interesting and compelling information, in the right format. But I can't properly evaluate it based on audio that could be cleaned up and/or edited to make the information more clear to the lay listener.