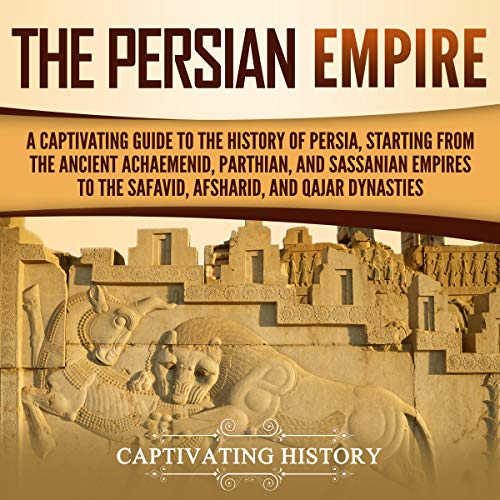 Explore the Captivating History of the Persian Empire!

One of the most shocking things about the Persians is how quickly they went from an obscure, powerless, and nomadic tribe to an immense empire that spanned across western Asia, Africa, and parts of Europe. The rise of Cyrus the great, considered the father of Persia, in the seventh century BCE, filled the power vacuum caused by the fall of the Assyrians, and it led to the formation of one of the most powerful empires of the ancient world.

The Persians have made significant contributions to world culture, ranging from their ability to raise and train one of the ancient world’s most formidable fighting forces, the Persian Immortals, to their new and effective ways of organizing and administering government. And Persian art heavily influenced their Muslim invaders, helping to usher in the Islamic Golden age that helped spread Islam throughout the Middle East and Africa.

In The Persian Empire: A Captivating Guide to the History of Persia, Starting from the Ancient Achaemenid, Parthian, and Sassanian Empires to the Safavid, Afsharid, and Qajar Dynasties, you will discover topics such as:

What listeners say about The Persian Empire

One of the top book from Captivating History.

I was chiefly interested in the religious and cultural aspects of the Persian period, rather than the military and political ones, and I have come away from this book considerably more enlightened than I was by Edwin Yamauchi's treatment of Persia. This author is both a vivid and readable writer, witty, detailed and fair-minded.

If you like to read about Persian history, this is a good book to read. I have a couple other books about Persia & this fits right in with them. It's a good historical read.

The book "A Captivating Guide to the History of Persia" is a scholarly work which is well-researched and well-written. It is scrupulously objective. It is a concise history of the Persian Empire, the first world empire established by Cyrus the Great and which lasted for 220 years. Because of its unique geopolitical location Iran has been attacked many times by different tribes and armies.

The book covers all of the kings of the empire.

The book covers all of the kings of the empire and topics such as cuneiform, Zoroastrianism, Persian capitals and the use of throne names. I particularly liked the bold descriptions and the fact that the author provided on glossy side (as is the whole book), making them very clear. I highly recommend this book to anyone interested in leaning more about this fascinating subject.

The audio quality and clarity of the narration are very good, but calling the content captivating is a stretch

It seems this book was written from Iranian perspective and not from Greek prespective. As a result, all Iranian should buy this particular book, and self educate themselves with regard to their history.

While I'm sure that the information in "The History of the Persian Empire" must have been superseded to a degree in the 50 years since it has been published, and it is likely that the author may have been overly sure of facts, this book is a pleasure to read and a mine of cultural food for thought. I fear the reviewer above who managed to finish the book knowing next to nothing about ancient Persia is saying more about herself than this book.

My first audible, I love history

One of the first thing a reader picks up is how sparse good information is regarding the ancient Persian Empire. The Achaemenid Empire (a name derived to establish legitimacy of the dynasty) was the major power on the planet at that time--only to be overthrown by Alexander the Great and his Macedonian led forces.

This is an excellent overview of "The Persian Empire". It is well written, concise and highly readable. The author uses written sources as well as the results of archeological studies. He clearly points out areas of controversy and presents all sides, not just relying on a single source, such as Herodotus.

I liked this book a lot

I liked this book a lot. It is accessible for a person who knows basically nothing about The Persian Empire and who wants to understand how historians know what they know about that civilization. The author also does not shy away from explaining where historians differ from each other in their interpretations of the (limited) available evidence.