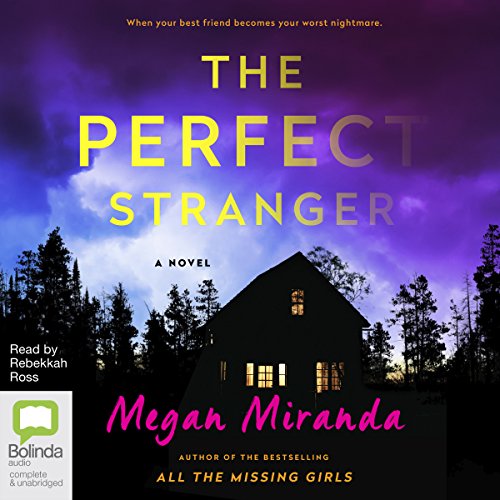 By: Megan Miranda
Narrated by: Rebekkah Ross
Try for £0.00

In the masterful follow-up to the New York Times best seller All the Missing Girls, a journalist sets out to find a missing friend - a friend who may never have existed at all.

Confronted by a restraining order and the threat of a lawsuit, failed journalist Leah Stevens needs to get out of Boston when she runs into an old friend, Emmy Grey, who has just left a troubled relationship. Emmy proposes they move to rural Pennsylvania, where Leah can get a teaching position and both women can start again. But their new start is threatened when a woman with an eerie resemblance to Leah is assaulted by the lake, and Emmy disappears days later.

Determined to find Emmy, Leah cooperates with Kyle Donovan, a handsome young police officer on the case. As they investigate her friend's life for clues, Leah begins to wonder: did she ever really know Emmy at all? With no friends, family, or digital footprint, the police begin to suspect that there is no Emmy Grey.

Soon Leah's credibility is at stake, and she is forced to revisit her past: the article that ruined her career. To save herself, Leah must uncover the truth about Emmy Grey - and along the way confront her old demons, find out who she can really trust and clear her own name.

Everyone in this rural Pennsylvanian town has something to hide - including Leah herself. How do you uncover the truth when you are busy hiding your own?

What listeners say about The Perfect Stranger