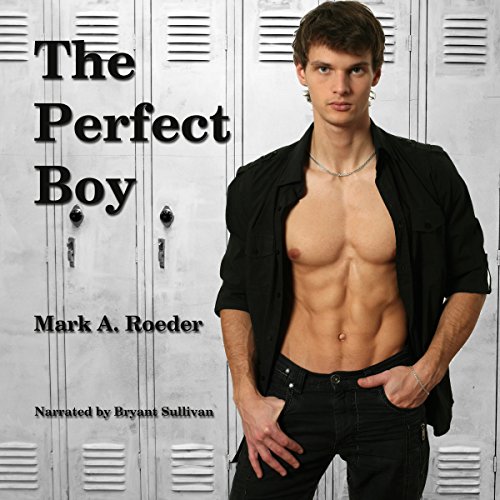 By: Mark A. Roeder
Narrated by: Bryant Sullivan
Try for £0.00

A specter from the past haunts the halls of Blackford High School, terrorizing anyone who preys on the weak. Rumors say that a Goth/skater boy controls the ghost, but can the rumor be true? A mysterious new boy catches the eye of Toby and his new friend, Daniel Peralta as well. The new boy seems too perfect to be true. Is he or will be become the boy of Toby's or Daniel's dreams?

Cedi is living his fantasy-touring with Phantom, the most popular band in the world. Cedi can't quite forget Thad, the older, mysterious novelist he's left behind, but is quickly pulled into a world of concerts, autograph signings, and press conferences. Cedi takes an interest in Ross, but Ross has his own demons that may forever prevent him from loving anyone but the man of his dreams.

What listeners say about The Perfect Boy

Nothing is ever perfect...

A story about a bunch of young boys who are seeking love, happiness, and a boyfriend. The principle characters, Cedi, Toby, and Daniel begin a journey that involves lost love, new love, bullies, and of course a anti-bully ghost. I enjoyed getting to know all the characters involved in this story, those with major stories and those who supported them...one of my favs was Chase. According to some of the reviews I have read, I must be a 17-year-old girl, if I enjoyed this story. Does an almost 50-year-old man come close? I like the story and would recommend. Plus, loved the narration of Bryant Sullivan...he added such character to the characters...

I'm much older then the boys in these stories but wish u could have lived a life like there's. I wish I could have a author like Mr Roder write my story but it wouldn't be as up lifting as the stories he writes here .
Jim Arrowsmith
Salt Lake City Utah
arrowsmithjim11@gmail.com