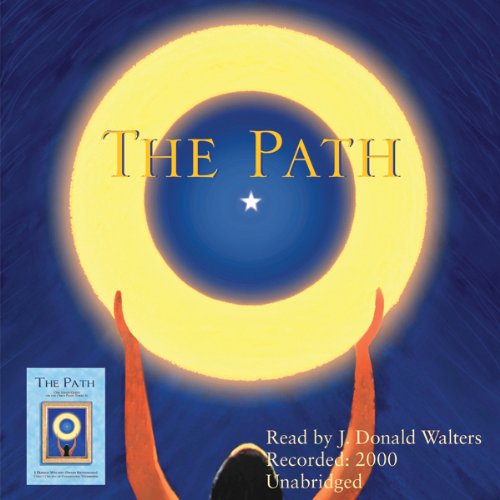 The Path is a fascinating story of one man's search for the truth. J. Donald Walters (also known as Swami Kriyananda) recounts how, as a young man, he examined and discarded as false many of the promises offered by modern society. Gradually he realized that lasting human happiness comes not from outer success but from deepening spiritual awareness. Eventually, his searching brought him to the door of one of the spiritual giants of this century, Paramhansa Yogananda ( Autobiography of a Yogi).

What ensued was Donald Walter's spiritual training under Yogananda, who showed him a clear path to the attainment of spiritual ideals through the practice of the science of deep yoga meditation. The yoga philosophy and way of life are explained vividly through over 400 stories and sayings from Walters' experience of living with Yogananda.

Living the spiritual life, as a close disciple of Yogananda eventually inspired Walters to found a spiritual community and worldwide movement, so as to better share with others Yogananda's principles and teachings. The Path offers a wealth of practical and inspirational wisdom. Indeed, it holds for those seeking it the transforming power of a true spiritual classic.

This book was amazing.
Very interesting and well read.
It answers many questions about having a Spiritual life.
Helps open up self inquiry.
Elizabeth Hay

I must say I typically only read military and historic travel books yet was surprisingly impressed with this book. It started off some what slow and the author's unique voice was almost the cause of me stopping. However, it gradually grew on me and I came to look forward to hearing the author and his insightful words. I had no preconceived notion of the book - was just drawn to it upon seeing it listed. I was very pleased to know that it was essentially centered around a disciple of Paramahansa Yogananda the author of Autobiography Of a Yogi - which has been one of my most favourite books. I will buy this book in hard copy as it is one of the must haves on my shelf.

Spiritual-, metaphysical-, and consciousness-related books interest me. I'd read some negative reviews on this book, so held off. But, thought I'd give it a try now.

40 minutes into this audiobook we are *still* in his childhood and I have no idea WHATSOEVER what this man has accomplished and has to contribute to the edification of me or anybody else.

Perhaps he has a brilliant observation that I would be interested in. But how long will I have to wait to get to it? Maybe he should have started with that and then gone into his detailed personal history afterwards for anyone who is interested. As a footnote. Or an Appendix. Maybe the linear approach is not the best for all books. We all have a childhood and most childhoods can be summed up in 30 seconds.

I skipped forward a bit to see if it gets better, but gave up. Nothing interesting.

At the same time I bought a couple audiobooks with Alan Watts speaking. The total opposite. Alan Watts talks about ideas, life, and makes brilliant observations that make for "light bulb" moments as I listen. I feel enlightened and expanded listening to Alan Watts share his thoughts.

After 40 minutes of this audiobook I was wondering when I was going to find out what this man has to share - any Insights?, Observations?, Experiences?

Perhaps they are in this audiobook, but I prefer books that GET TO THE POINT. Maybe this book is one where I should be enjoying the journey and not focus on the destination, but so far it's a boring trip, and I'm going no further.