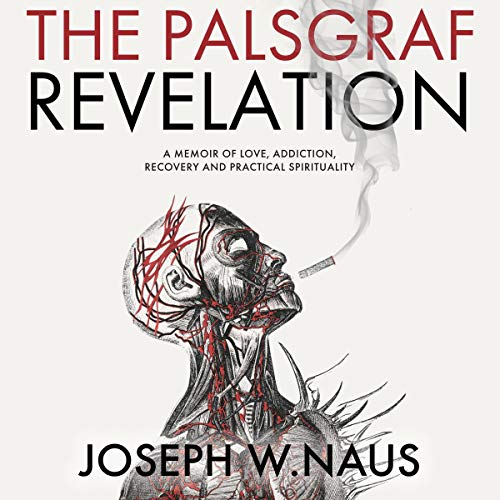 As chronicled in his hit memoir Straight Pepper Diet, one fateful summer night, Joseph Naus, a young LA lawyer, went out to have just a couple of drinks. He awoke the next morning handcuffed to a hospital bed and charged with attempted murder...and then it got worse. The Palsgraf Revelation begins where Straight Pepper Diet left off.

Joseph survived the initial blast of the nuclear bomb he dropped on his own life, but if he wants to become more than a shocking cautionary tale, he must now learn to live with the devastating fallout. He’s an active 12-Stepper, sober and free of sex addiction for two years, but he’s got big problems. A disbarred lawyer, a two-strike felon, and permanently labeled a threat to society, he’s seemingly unemployable and un-dateable. He’s smoking a pack a day and can’t quit; and, he’s running out of money, speeding down the freeway to homelessness, unable to locate the offramp to “The Road of Happy Destiny”.

The Palsgraf Revelation is more than an addiction and recovery memoir. It’s a documentation of American society leading up to and during the Great Recession. It’s a love story, a forgiveness story, a story of struggling to make a living, a story of hitting bottom in recovery and reluctantly and ever critically seeking “outside help”. The Palsgraf Revelation is a story of acceptance and spiritual truth that reveals - in Joseph’s engaging style - the remedy for any ruined life.

What listeners say about The Palsgraf Revelation

I binge-listened this book in a week. I loved his first book, but finished it thinking: “what the hell is he going to do now?” This book is a satisfying answer. Compelling, insightful, and well-written, The Palsgraf Revelation follows Joseph’s day-to-day life in minute detail, yet miraculously never gets boring (though I could have done without the golf sub-plot). The details made me empathetic and I felt genuinely happy for him when things went well. I would highly recommend this book to anyone, regardless of whether they read the first book.

loved this book. His story is amazing. it kept me wanting more. straight pepper diet is amazing too.

I loved Straight Pepper Diet so I was really excited for this follow up. It did not disappoint. You will find yourself rooting for Joseph and wanting him to succeed. Even if your addictions are not the same as Mr. Naus you will relate. My addictions are not the same as his but the trials and ways he finds to cope are helpful and relatable. I do not know him but I still wish for him to succeed and truly want him to live his best life. He is the true definition of why you give people a second chance.