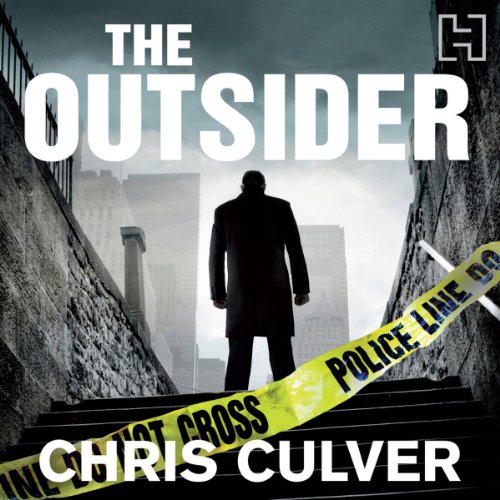 The New York Times best-selling Sensation, the most fascinating detective in the history of crime fiction.

Ash Rashid is a detective with the Indianapolis Metropolitan Police Department and one of the few Muslims on the force. Never one to play by the rules, Ash has decided he wants out of the police. So the last thing he wants to get involved in is a fresh murder investigation. But when Ash hears that the mother of his daughter's best friend has been killed in a brutal hit and run he steps in to help. And when some of his colleagues prove reluctant to investigate, Ash swiftly gets caught up in an explosive mix of election-year politics, crime and police corruption.

The Outsider is the stunning new thriller from the bestselling author of The Abbey, the US novel that became a word of mouth phenomenon. You won't be able to put it down.

"What elevates and sets The Outsider apart from so many other mystery novels out there is the intriguing Muslim-American detective Ash Rashid and the heartland Indianapolis location - both gutsy choices. Chris Culver is a writer to watch for years to come." (C.J. Box)