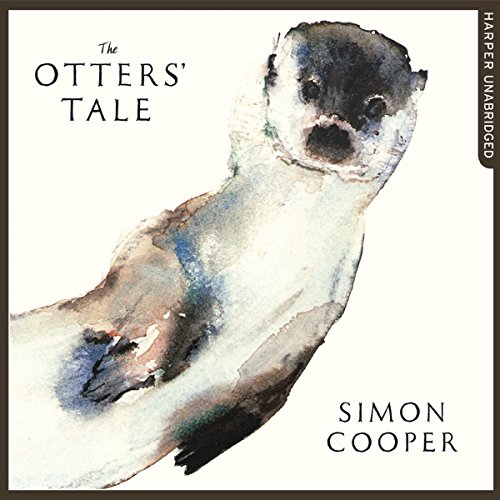 By: Simon Cooper
Narrated by: Saul Reichlin
Try for £0.00

Otters hold an almost unique place in the animal kingdom of the British Isles, being one of the very few creatures that give birth once every two years. They are the most secretive yet also the most popular mammals - they are found in every county but are so rarely seen that they have been raised to mythical status.

When Simon Cooper bought an abandoned water mill that straddles a small chalkstream in Southern England, little did he know that he would come to share the mill with a family of wild otters. Yet move in they did, allowing him to begin to observe them, soon immersing himself in their daily routines and movements. He developed an extraordinarily close relationship with the family, which in turn gave him a unique insight into the life of these fascinating creatures.

Cooper interweaves the personal story of the female otter, Kuschta, with the natural history of the otter in the British Isles, only recently brought back from the brink of extinction through tireless conservation efforts. Following in the footsteps of Henry Williamson's classic 1920s tale Tarka the Otter, readers are taken on a journey through the calendar year, learning the most intimate details of this most beautiful of British mammals. Cooper brings these beloved animals to life in all their wondrous complexity, revealing the previously hidden secrets of their lives in this beautifully told tale of the otter.

What listeners say about The Otters' Tale

Absolutely stunning book, it's a true country persons book. Full of facts, pragmatic and honest, nature is red in tooth and claw and this book does not shy away or soften that fact
The author allows nature to run its course and though observing his otters he does not interfere with them and I applaud him for that and it is all to easy to intervene.
This is an immensely enjoyable listen, pure escapism and I found it very educational. I learned things about the otter that I would not have suspected but there is also so much detail about the life cycles on the river, its moods and seasonal changes which embroider the detail on to your minds eye. There is a lot of detail on the other inhabitants that call it home not to mention the historical details that lead to the decline of our otter population in the U.K which was an unexpected bonus.
It is a joyful book, listening to the exploits of the family of otters is a privilege, well written, the narration is perfect. I cannot recommend highly enough.

Wonderful and informative book about the otter which charts in vivid detail the lives of a female otter, her mate, and their pups. At first, I found the narrator’s pace a little slow, but I quickly got used to it, and found that it helped me savour each word of the book and really conjure up the images of what was happening. This isn’t a repeat of Gavin Maxwell: this is far more about otters than about the people and tells of the natural lives of wild otters. I was captivated and will definitely listen again.

Amazing. the combination of telling the tale through human eyes observing otter behaviour. Bringing the world of the otter into the realm of human understanding. So many interesting facts about wildlife and nature and then using those facts and taking us on a journey with the otter. I particular liked lushka, kushka's son whom she abandons and his journey and eating the pellets for farmed trout. I loved the descriptions of other species; rats, water volse, the history of the mink. Great book. I will definately listen to it again.

I learnt so much

Gripping tale of an otters life and the other inhabitants of the river valley. Has given me a greater understanding of freshwater life, otters, fish and lots more. As well as being an entertaining listen.

I liked this book so much I am going to buy the hardback copy. Very informative and captivating. I can't wait to get my hands on the real thing.

Great listen great story great all round wish it was longer. ..hope there is a follow up

Beautifully written. Educational as well as a cute story. Informative and expansive use of the English language. I loved it.