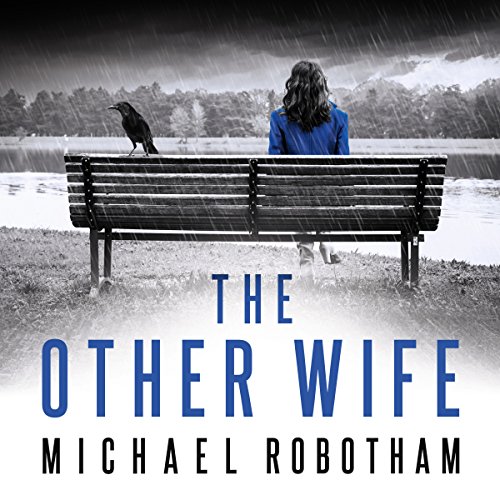 By: Michael Robotham
Narrated by: Sean Barrett
Try for £0.00

Childhood sweethearts William and Mary have been married for 60 years. William is a celebrated surgeon, Mary a devoted wife. Both have a strong sense of right and wrong.

This is what their son, Joe O'Loughlin, has always believed. But when Joe is summoned to the hospital with news that his father has been brutally attacked, his world is turned upside down. Who is the strange woman crying at William's bedside, covered in his blood - a friend, a mistress, a fantasist or a killer?

Against the advice of the police, Joe launches his own investigation. As he learns more, he discovers sides to his father he never knew - and is forcibly reminded that the truth comes at a price.

A mesmerising psychological thriller from one of the greatest crime writers of today, Michael Robotham, the international best-selling author of The Secrets She Keeps.

"Will have you turning the pages compulsively." (The Times)

"Robotham doesn't just make me scared for his characters, he makes my heart ache for them." (Linwood Barclay)

What listeners say about The Other Wife

I loved the story!

I loved the narration! I can not fault Sean Barrett. He's a master at interpreting the text & bringing life to the characters.

If you like psychology thrillers then you'll love this author, Michael Robotham.

I actually read 'The Other Wife' first, not realising there was a Joseph O'Loughlin series. Therefore I've detailed the running order below as provided by my good friend Google 😁:-

Another good story in the series

Another very good story in this series, these characters are like old friends, Sean Barrett is my favourite narrator with the best voice for story telling

I really enjoyed this book. Great story, well written. Beautiful observations of the nature of humanity.
I loved the way the story is interwoven with deep insights on humanity, grief, relationships, power, greed, jealousy and fear. Superb.
Great respect for the narrator , sensitive, intelligent and a skilled actor.
Well done the whole production team. Highly recommended, much more than a crime story.

I’ve loved the other Joe O’Lachlan books but didn’t enjoy this one. It was so far fetched and unbelievable!
Brilliant performance by Sean Barrett as always but not a great story.

This was a very good story, when I first started listening I thought - Oh will it just be about lies within a family? That wouldn't be my cup of tea, but it proved to be a very good mystery about an attempted murder. Sean Barrett is such a good narrator, and he adds to the story. The characters are so well developed and one feels one knows them personally. I did guess the guilty party just a little while before the unveiling, but this didn't spoil my enjoyment.

This must be about book 9 in the Joseph O'Loughlin series but the formula still works. This book is as good as any of the previous 8. Great descriptive writing from the author. He makes you feel believe you are there in London following Joe O'Loughlin's every move and every thought. I like the Vincent Ruez character as well. This time the victim of the crime is Joe's own father. I got through the book in just 2 days, eager to find out "who done it", I was hooked.

Rather morose like all the other books in the series. Much of that being down to Sean Barrett's inimitable voice.

I've listened to many of the author's books featuring forensic psychologist Joseph O’Loughlin working with former cop Vincent Ruiz. This book is a bit different, for although some detective work is involved, it mainly delves into O'Loughlin's relationships with his parents and the discoveries about his father's hidden life. I found the narrative gripping and romped through the recording in a day and half of intermittent listening. There are no gruesome murders or torture the story being largely about peoples' behaviour and character. O'Loughlin is an engaging character who is disabled by Parkinson's Disease. As with previous books, though disabled, O'Loughlin is depicted in some scenes more like Superman bounding up flights of stairs or hurling himself through a plate glass window: not plausible but it seems a tenent of this genre that it is necessary to have a swashbuckling crescendo to round off the story.
Sean Barrett dramatizes the text with his usual skill.

Good but not amazing!

Was so excited when I saw a new Joe O’Loughlin novel was out as I have all of the previous ones and really enjoyed them!
This one was also enjoyable but I didn’t feel it was quite up to the previous standard. Although I understand that life has been difficult for Joe recently this book was melancholic all the way through and became a little depressing!
I won’t give up on Joe but please cheer him up and give him a good non personal case to get his teeth into!!!

First person narrative is always the minority, it is more difficult. Perhaps this book would have been better were it written from a narrator’s objective point of view but I don’t know that would have saved it. It reads as incredibly self indulgent. It doesn’t add up in any way, almost everyone is annoying and fundamentally it’s about a bunch of self-centred, boring, middle class idiots with more money than sense. I found it impossible to care about any of them, oh dear, they’re all shagging each other & robbing each other’s millions from each other. So what. I listened to the end in case there was something I was missing but there wasn’t. By the time I got to the end I just wished more of them had been killed, especially the annoying, pathetic, narcissist “hero” Joe.

Skeletons in the O’Loughlin cupboard


I have enjoyed this series but do not feel it is hs best, still an enjoyable listen.

Sean Barrats voice is superb throughout these books he bedrooms feeds darkness and foreboding so well.

Try The secrets she keeps byMichael Robotham, not part of the series but equally an enjoyable read.

Fantastic Installment To The Series

I really enjoyed this book. Great story, well written. Beautiful observations of the nature of humanity.
I loved the way the story is interwoven with deep insights on humanity, grief, relationships, power, greed, jealousy and fear. Superb.
Great respect for the narrator , sensitive, intelligent and a skilled actor.
Well done the whole production team. Highly recommended, much more than a crime story.

Author turns this book into political commentary at one point. . Scorning a political figures in the middle of a mystery destroys the entire mood. If I wanted political Opinions I turn on the tv. Be forewarned!

I've listened to many Robotham's books, but this one was too dry, uninteresting, with the usual red herrings. the end was of course unpredictable but I also didn't care at that point (I skipped a few charters toward the end). those were the obligatory twists.
I didn't find the story nor the characters interesting, and as a frequent reader of the author's book, I found it annoying that the professor, at the beginning of the book, acted like a child despite his previous experiences and cases. also, his disease seems to be conveniently managed in this case while in other books it seemed much worse.
It was too much of a cookie cutter book. I wouldn't recommend it.

Good story but not engrossing. I had trouble with the narrator - he sounds too old and stuffy for the character.

Need good hearing for this one.

The reader of this novel has a beautiful voice and a beautiful British accent. But the voice is so low in volume, that I sometimes couldn’t hear it well enough even with the volume turned way up. Also, there is so little variAtion in tone that I sometimes couldn’t concentrate on it. The story is just not that special and by the time the culprit is revealed, I was beyond caring.

Once again, Michael Robothum and Sean Barrett knocked it out of the park with both their writing and performance of this book! I’m so glad that Mr. Robothum always chooses S.B. to do the narration. I really feel like I know the characters, especially Joe and Vince, through Mr. Barrett’s voice inflections and tone. The characters are complex, and the storyline keeps moving at a steady pace. As with all his books, you’ll laugh and tear up at times, and not expect the outcome. Since I don’t want to give away anything, all I will say is definitely listen to The Other Wife!!!

This is one of Robotham's best books if not his best (I have returned about 4 of his books). He didn't rely on shock which he has in previous books. It was not exactly a complex mystery (pretty obvious half way in), but it remains entertaining . It kept me interested till the end but it was not "The Wife Before Me" or "Girl Gone". Kate Morton actually writes better mysteries out of Australia. But if you want a book that is good while driving (half pay attention), this works. I was offended over the disrespect for the US President. Excluding the negative comment involving his psychological state, as a foreigner, it is insulting he refers to the American President as Donald Trump. I would not call the English Queen or the President of France without their titles.

Robotham is a very talented author. His books, this one in particular, are unintelligent and hopelessly childish in terms of a serious reader. He deserves better and one hopes his handlers see the light.

I had difficulty hearing parts of it.
Nice twisty plot with an ending that was believable.

This was my first book by this author and didn't know this was the ninth in the series. It was fine as a stand alone but I think I would have been more connected to the characters if I had read a few of the previous ones. I liked this book a lot and the narrator was very good. I think I was expecting there to be more between the two wife's and their relationships from the title and the synopsis.