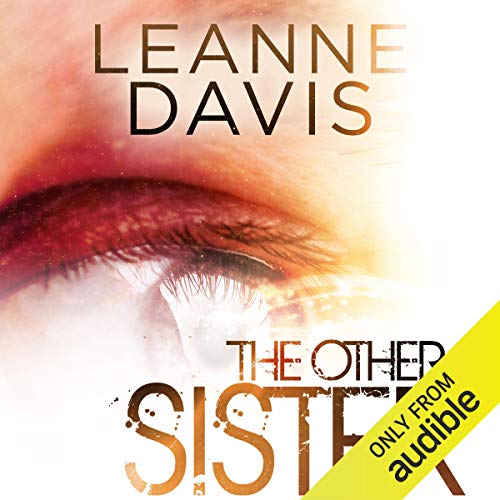 General Travis Bains has two daughters - one who is good, and one who is bad. Everyone knows Lindsey is the good one, and Jessie is the bad one. Jessie Bains is the other sister, the bad sister, which she has proven more often than not until the day she gets kidnapped and brutally raped. Will Hendricks, one of her father's soldiers, rescues her and brings her home but fears she may be nearly destroyed by what has been done to her. The most important thing, however, is that no one can know, per the general's orders.

Jessie's life was always far from normal as the daughter of one of the most revered generals in the world. No one sees what the general does to Jessie except Will. When Will discovers the danger Jessie is living in at her father's hand, he once again rescues her. Will has survived the horrors of war,but is now engaged in a battle that has become far more personal and far more deadly. Will alone realizes what the general has done and will do to destroy his "other" daughter.

Please be warned that all my titles contain explicit profanity, sex, mature content matter, and often mild violence. Recommended for mature audiences only.

This book broke my heart and mended it back together.
I didn't realize how much this book would take from me. I say this because for me it was very emotional.
Jessie who didn't fit in anywhere because her father is a grade A douche. Not only hurt her but would let his friends have their way with her. So he does the unthinkable and the events that follow or so sad and horrific you can't even imagine.
So to rectify his mistake he hires Will to bring Jessie home. Only she really not there, she is but she isn't her mind is really messed up and who's wouldn't be really.
Will's kind of becomes her white knight in dark clothing kind of thing. He falls for her and doesn't know how to deal with that. He does bring her sister back into her life and gets Jessie the help she needs.

I don't want to give too much away because everyone should read this book it's amazingly well written and brings out all the feels.

Just that not everything is black and white sometimes we need to see the grey to really understand.


Would you recommend this audiobook to a friend? If so, why?

Yes, this book is really well deliver with the sensitive subjects presented. People complained about this book being to graphic. This book is graphic full of mature, adult content and sensitive topics.

Sex, Rape, Murder, Deception, and that is just the beginning. Yes, some of it is hard to read. However, this is a story and unfortunately it happens in the world.

There are many times you will laugh, cry, fill with rage and perhaps all the emotions at once. It is a very emotional book.


What other book might you compare The Other Sister to and why?

Unlike any other book I have read. This book is very bold.


What do you think the narrator could have done better?

The narrator did a great job. She wouldn't of been my first pick. There are some people betrayed in this book but their personalities doesn't match the voice they were given.

The whole book had some sort of extreme emotion happening at all times. The last three hours had SO much happen. The ending was pretty much all over the place but life is so unpredictable and things change without notice. I think that was the intention the author was trying to make with the ending.

The book is easy to invest yourself into the lives of these characters. I have to know now and continue this life journey will all of them. I need to know how the ending of this book will change the way things turn out.

Great read. I am surprised that there hasn't been any reviews on Audible yet. It is a great read. IF you can move past the sensitive topics and just really invest your self into the life of someone else.

This was a struggle to finish.

The story line and plot was good, but seriously the constant inner thoughts was way to much and annoying, UGH So much filler nonsense and drawn out, Kind of ruined it for me,

I know I am in the minority here and sorry for that but really!

I can't even consider listening to the second book, Sorry.

As for the narration, that was the pretty much the best part of the book. I am a huge Brittany Pressley fan so there is that.

parts of it sounded like the Generals Daughter movie w/ John Travolta... to Pat. The voice sounded too broken sentences. Very predictable. I only finished it because I paid for it.

Great, great, great. Can you tell I liked this novel. There is a little of everything included in this story. It kept me wanting to find out what happen next. Feelings of happiness, sadness and becoming mad all encompassing. On my way to get the next novel.

Not just a love story but a story about healing.

I enjoyed the more realistic take on mental health, not having the words 'I love you' fix everything and then a happily ever after. though this also frustrated me when I just wanted the characters to be happy lol

l love books with this kind of ending.

I did not like the Jessie in the beginning but did later on. I thought she was a bad girl but it is a story of redemption which I like.

This is a heart wrenching tale of mental and physical abuse that I could not put down. At times, I wasn't even sure it was going to have a happy ending but I still had to keep listening. It is also about hope and coming back from the edge. Just for those in doubt, there is an HEA.

I loved this. it is very emotional & there are lots of triggers. WARNING! But, a very happy ending!

this was a good book, enjoyable read, but not great. If you like a bit of drama and romance and happily ever after, you will enjoy this book.