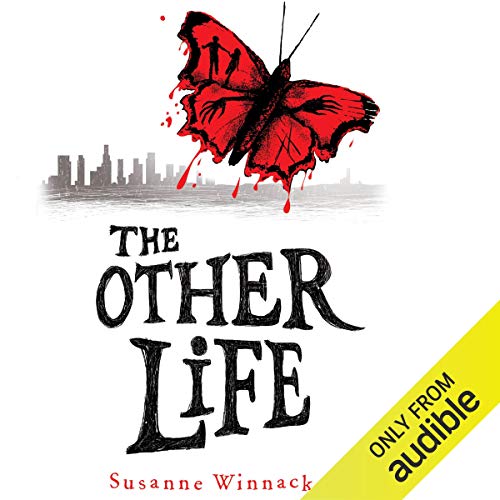 Sherry has lived with her family in a sealed bunker since things went wrong up above. But when they run out of food, Sherry and her dad must venture outside. There they find a world of devastation, desolation... and the Weepers: savage, mutant killers. When Sherry's dad is snatched, she joins forces with the gorgeous but troubled Joshua - an Avenger, determined to destroy the Weepers. But can Sherry keep her family and Joshua safe, when his desire for vengeance threatens them all?

What listeners say about The Other Life

It is a zombie story of sorts, with a slightly different sort of zombie, but nothing particularly special - and in many ways nothing that different from the usual zombie set up (i.e. virus strikes, people contract disease, turn into some variation of homicidal, mindless monsters). The glut of zombie stories in recent years have been tweaking that type of monster and the origins of the disease that causes them every which way, and this doesn't really add to that in any genre altering way or particularly original way - not that it has to, just don't expect that. It is a survival story, like the vast majority of zombie stories tend to be.

On the plus side, some of the characters are tolerably well done and the heroine, a teenager who took shelter with her family at the beginning of the epidemic, has some likeable traits and by the end of the story, I felt somewhat interested and connected to her and her plight, though not intensely so. But there were some very slow points, that felt enormously familiar and unoriginal.

But the worst part, I think, was that it sets up a premise for a plot beond just people surviving in zombie world, but it goes almost no where with that premise, just moseying along with the run of the mill survival story, and not really developing the premise much, except in what sort of feels like a teaser... and then it abruptly stops without even an attempt at some kind of resolution. Therefore, it feels like the first installment of a larger book, rather than a whole book on its own, and therefore a sequel is not a real sequel, but the second half of an unfinished story. Annoying stuff.

However, I could completel forgive that book sales trick if the story were somehow very compelling, leaving me dying for the rest of it. But it isn't and if I never find out the rest, I am ok with that. In the end, while I made it through, there was nothing particularly oringinal or fascinating about the zombie premise and the plot, which is very unfinished and underdeveloped, and the characters, while likable in some ways, are pretty bog standard, run of the mill.

That said, I was interested enough to finish it, and only occassionally had to go back as I got distracted and lost the plot, so it wasn't a waste... just nothing particularly special. I thought the narrator did a fine job and that helped.

What did you love best about The Other Life?

What did you love best about The Other Life?