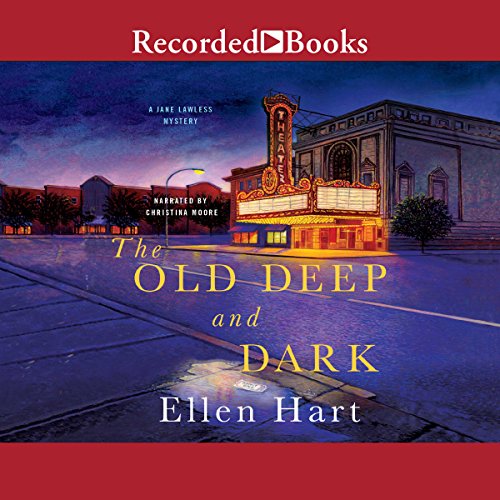 The Old Deep and Dark

By: Ellen Hart
Narrated by: Christina Moore
Try for £0.00

In award-winning author Ellen Hart's next riveting Jane Lawless mystery, Jane and Cordelia discover a body buried in the wall of a historic theater

Renowned theater director Cordelia Thorn is working to restore a historic theater in downtown Minneapolis that she and her actress sister, Octavia, recently bought. Cordelia has a vision for the playhouse's future, but the more she learns about the building, the more fascinated she becomes by its past. Nicknamed "The Old Deep and Dark" because of the Prohibition-era double murder that occurred in the basement - then a speakeasy - there are a wealth of secrets hidden inside its walls. And, to her shock and horror, Cordelia discovers that there is also one present-day body literally buried in a basement wall.

Cordelia immediately calls on her best friend, P.I. Jane Lawless. Although Jane is already in the thick of another investigation - she's embroiled in a well-known country-western singer's family scandal - she agrees to help Cordelia out on the side. But show-biz is a small world, and as Jane starts tracing the trails of two separate investigations, she's surprised to find they might not be as unconnected as she thought.

With The Old Deep and Dark, the latest installment in the award-winning Jane Lawless series, Ellen Hart has crafted another impeccably plotted, seamlessly written mystery.

What listeners say about The Old Deep and Dark