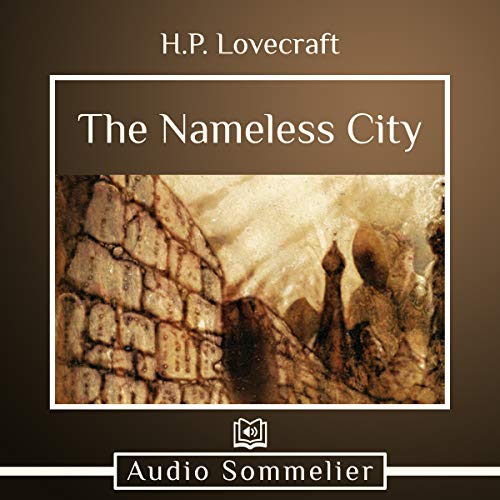 The Nameless City, now defunct in part of the Arabian Peninsula, tells the tale of a civilization run by reptilian creatures long before the dawn of humanity. It describes how they lived, worked, and ran until the ocean receded. Desertlike conditions bring about the downfall of the civilization, and this is documented by the author of the Necronomicon.

Despite this downfall, their hieroglyphs remain, and it is rumored that deep beneath the surface, some reptilian creatures remain, too.

What listeners say about The Nameless City

Great performance of a classic

This work is one of the first I read by HP Lovecraft. it still holds a special antiquarian terror, striking a balance between his Dunsany type works and his later Cthulhu mythos. it reminds me of a desert Dagon or a shortened concept such as At the Mountains of Madness. Enjoyable narrator --evenly paced and inflected.