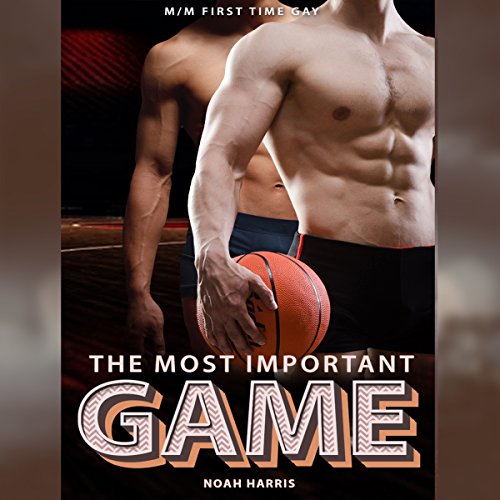 The Most Important Game

By: Noah Harris
Narrated by: Gus Klondike
Try for £0.00

Jason McCaw is a young adult about to celebrate his 19th birthday. The past 19 years of his life have been mundane and, for the most part, lonely. After his stepfather insists that he joins the basketball team to make friends, Jason is shocked and surprised when he meets the most popular boy in school, Riley Peterson.

After a standoff with longtime bully, Riley steps up to the plate to defend Jason, and since his heroic attempt, Jason has failed to think of anything but Riley. But, what happens when Riley divulges a long-kept secret to Jason? Will Jason still feel the same attraction, or will he abandon Riley in his time of need?

Disclaimer: This book contains sexually explicit content that is intended for a mature audience only.

What listeners say about The Most Important Game

I am reviewing these two audiobooks together because they are books 1 and 2 of a series and meant to be considered as a single ongoing story. The publishers committed two related unforgivable sins in the audio production of these works. Sin one was to change narrator’s between books one and two. Sin two was to be so careless as to change genders of the narrator’s between books one and two. WTF was on their beady little minds.

The first book’s romance is set between two 18 year old seniors, Jason and Riley, on a high school basketball team. This is appropriate for a first love romance. Then the author throws in a weird twist of making the more masculine figure a werewolf. The werewolf after declaring what he is abandons his love interest to go run with his pack several states away; leaving a huge cliffhanger of an ending.

The second book is set after graduation from high school and has nothing to do with basketball other than a reference as playing it in the past. A new sweet non-shape-shiftier love story starts when boom, between heartbroken Jason and insecure but always faithful Rex. The story is interrupted when the werewolf Riley makes a sudden reappearance at the end bringing the story to a screeching halt. Is this a cliffhanger to a third book? WHO KNOWS? Based on the horrible change in narrators it is this reviewer’s opinion, who cares. The author obviously does not know whether she wants to write a sports teamed book or a shape shiftier book or a sweet and tender first true love book.

This was a very sweet story. Not what I expected but nice. I enjoyed Gus Klondike performance and his vocal tone. looking forward to the next story.⚘⚘⚘

don't waste your time, you won't be impressed. the story ends with a big reveal that makes you blanch. i was like... seriously what the hell was that.