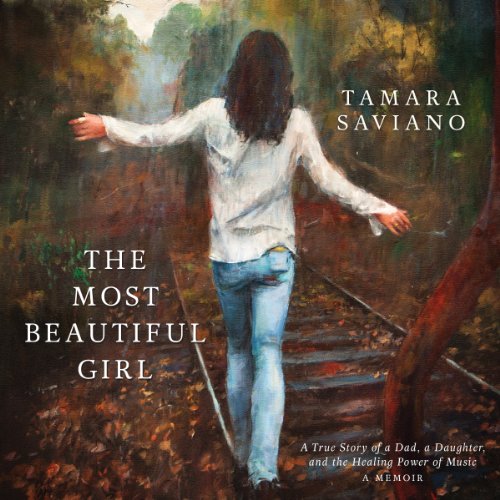 The Most Beautiful Girl

A True Story of a Dad, a Daughter, and the Healing Power of Music
By: Tamara Saviano
Narrated by: Claudia Church
Length: 6 hrs and 13 mins
Categories: Biographies & Memoirs, Memoirs
4 out of 5 stars 4.0 (2 ratings)

The Most Beautiful Girl

Read by Claudia Church, with an introduction by the author and foreword read by Kris Kristofferson

The Most Beautiful Girl is a heartbreaking yet uplifting memoir of a daughter, her father, and the healing power of music. The story opens with a scene at Johnny Cash's funeral when author Tamara Saviano is struck with grief about unfinished business with her father. Robert Ruditys died two years before Cash, and hadn't spoken to his only daughter for more than a decade before that.

Her grief led the author on a journey to rediscover her father and examine the lost relationship with a man she once loved. The Most Beautiful Girl is the result of that exploration and reveals a painful and complicated, yet at times touching, relationship between a young girl and her dad.

Through an unstable childhood, a turbulent young adulthood and finally on a path to freedom, Saviano lays bare the complexity of family ties - both those that bind and those that break.

Her story is set to a soundtrack of folk and country music that both inspires and haunts her. Saviano weaves a tale that proves music can provide a lasting connection long after human relationships have unraveled. Threaded with lyrics and grounded in a mid-century coming-of-age tale, The Most Beautiful Girl represents a true American remembrance of childhood anguish, lost identity and happy endings.

The Most Beautiful Girl concludes at the 2005 Grammy Awards, as Saviano is honored for producing the Best Traditional Folk Album: Beautiful Dreamer: The Songs of Stephen Foster.