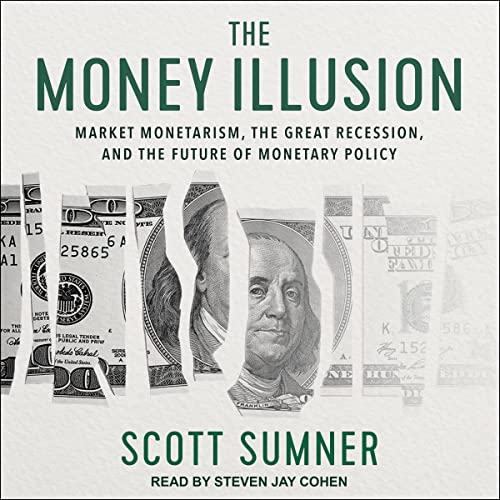 By: Scott Sumner
Narrated by: Steven Jay Cohen
Try for £0.00

Is it possible that the consensus around what caused the 2008 Great Recession is almost entirely wrong? It's happened before. Just as Milton Friedman and Anna Schwartz led the economics community in the 1960s to reevaluate its view of what caused the Great Depression, the same may be happening now to our understanding of the first economic crisis of this century.

Foregoing the usual relitigating of the problems of housing markets and banking crises, renowned monetary economist Scott Sumner argues that the Great Recession came down to one thing: nominal GDP, the sum of all nominal spending in the economy, which the Federal Reserve erred in allowing to plummet. The Money Illusion is an end-to-end case for this school of thought, known as market monetarism, written by its leading voice in economics. Based almost entirely on standard macroeconomic concepts, this highly accessible audiobook lays a groundwork for a simple yet fundamentally radical understanding of how monetary policy can work best: providing a stable environment for a market economy to flourish.

What listeners say about The Money Illusion